Today’s Heroes reset gave us a surprise today in the form of a new Version Update notification! The Version 3.5 Update is coming soon and brings with it a good number of changes, both expected and not.

Aether Raids is the beneficiary of most of the new changes, including an oft-requested addition: Friend Mock Battles. Furthermore, four heroes will be getting Weapon Upgrades and there are some other upcoming changes as well. Click on the Read More button below for more details.

The Version 3.5 Update will be arriving sometime in early May. So stay tuned!

Furthermore, as this is the beginning of a new month, May Quests are also live! Make sure to check them out. As usual, you’ll have a full month to complete them. 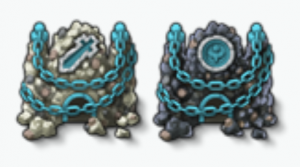 These structures will function similarly to the Chill series of passives, lowering certain enemy stats on those enemies that have the highest ones. They’ll come in both Offensive and Defensive versions.

Additionally, a small icon will be added to the Aether Resort button to show if you have or have not collected your daily R&R Affinity.

Sully, Lukas, Faye, and Stahl will each be getting new, unique weapons with the next update!

These weapons, along with their refinery upgrades, will go live with the next update. We’ll be able to see full details then.

A new option will be added to the Equip Seals menu, allowing you to view a more compacted screen for easier selection. You can tap the icons to see the details of each seal. All players will be able to toggle between the current version and this new version as they wish. 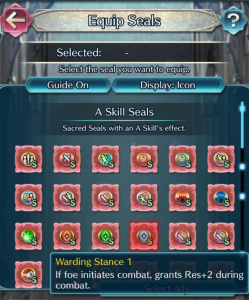