Players can move to specified locations on the world map, where they can enter story battles, optional skirmishes or shops to purchase supplies. During any time on the map, players can manage their characters, adjusting their inventories and Skills, and managing support relationships. Players aren’t alone on the world map, as they’ll also encounter enemy squads, travelling merchants who sell rare and wonderful items, and other mysterious guests.

In addition to main locations, paralogues will appear as green (or orange) marks on the world map and a passageway to other worlds can be found south of Ylisse. 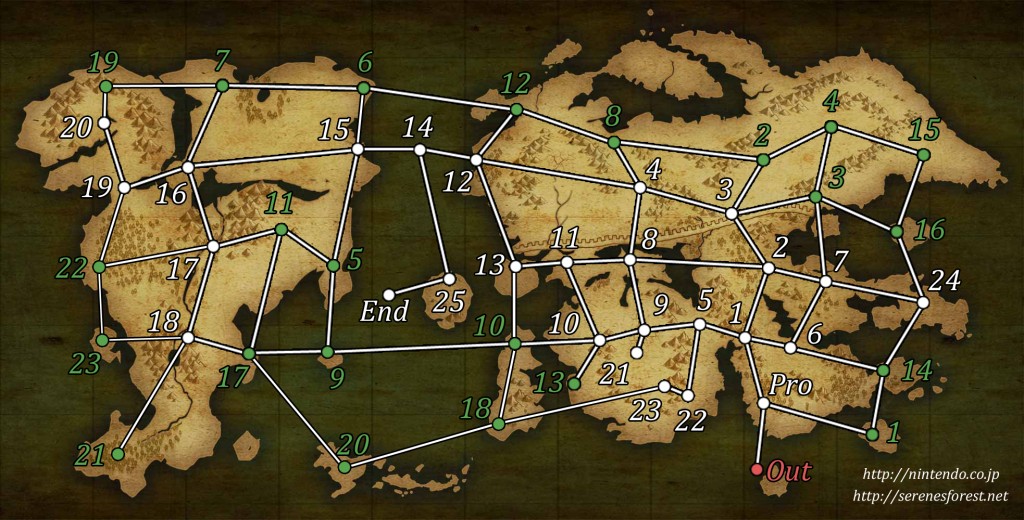 The game begins on the continent of Ylisse, located at the east of the world map. Far away to the west lies the continent of Valm. Besides these two continents, three unknown continents, which are not visited in this game and are not shown in the above map, can just about be seen to the far north, south and south-west.