Announced last year, we now have concrete details for the Fire Emblem Cipher Festival 2017 events, which will be held in Japan during February. 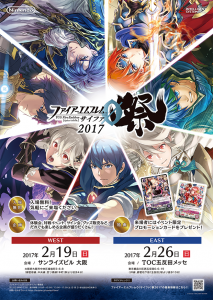 Like last year’s events, there will be a ton of activities for Fire Emblem Cipher fans and Fire Emblem fans in general, not least the opportunity to bag some amazing exclusive merchandise and rare promo cards.

Below, you can find the event details.

Events kick off from 10 AM with an introduction from the various hosts and illustrators, etc. After that, there will be mini concerts performed by the Cavalier Duo and even exhibition battles between the staff.

During the afternoon, fans can look forward to signing sessions with some prestigious Cipher and game illustrators. 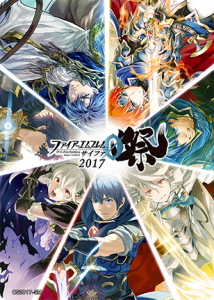 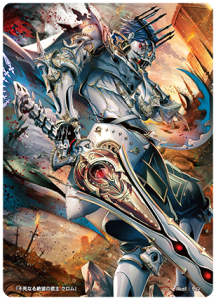 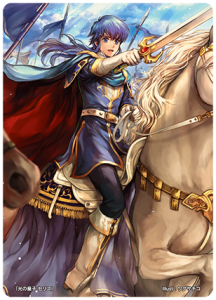 Those who have collected enough stamps will be given a special set of marker cards, shown above. 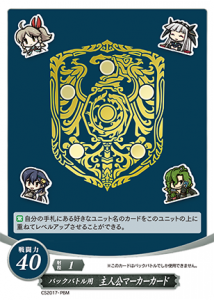 As a bonus, there will also be a special marker card given out in the Pack battle area, specifically for use in that area.

At the end of the day, when doors close at 15:30, all visitors will be given a set of cute promotional cards featuring the little sisters from Fates. 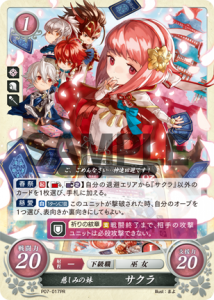 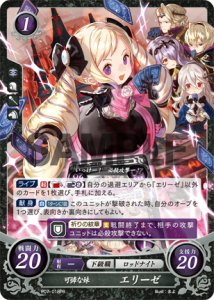 This way, it makes it harder for people to cheat and get duplicates. By the way… if anyone gets their hands on a Sakura card and doesn’t want it for some reason, do give me a call…

Last, but not least, the moment die-hard collectors have been waiting for! Here’s all the exclusive Fire Emblem Cipher merchandise available to purchase at the event. 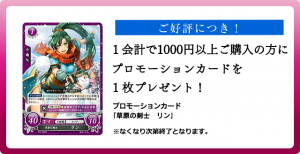 As if anyone needed incentive to buy something, all purchases over 1,000 Yen come with a promotional Lyn card–the same one given out at Comiket 91 at the end of last year.

(Fire Emblem Cipher Artworks I to VI will also be available for purchase.)

In particular, VII (which is new) contains artwork from Cipher series 7, Rise to Honour. 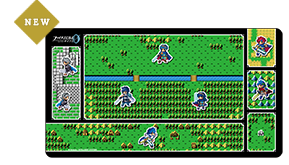 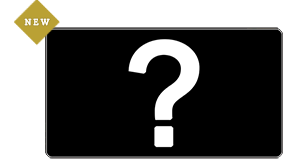 These are stylish mats that you can use to play the Cipher card game. This time there are two brand new versions: Pixel map style (based on the NES Shadow Dragon) and, dun dun dun, secret.

By the way, these sell out fast. 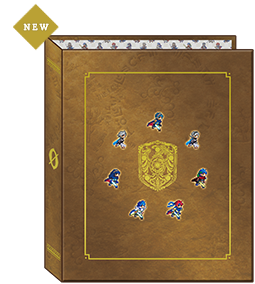 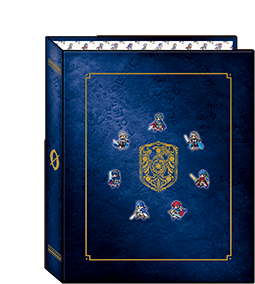 Fancy card binders that you can use to proudly display your Cipher (or other) card collection. Every Cipher fans needs one in their life, but they’re certainly not easy to get…

A set of three A4 clear files, which you can use to store a few pieces of paper. These are popular collectibles in Japan.

Fire Emblem Cipher themed ball pens. Comes in little sisters (new) and pixel variants. We totally need one of these in the Serenes Forest headquarters… 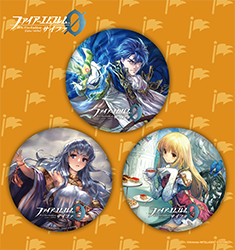 Oversized tin badges that you can use to show off your Fire Emblem love. The one for sale is for the Jugdrali (yellow) characters. 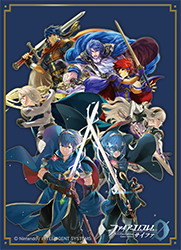 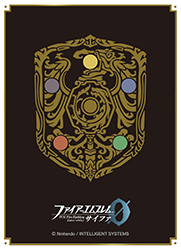 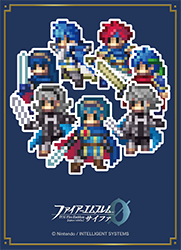 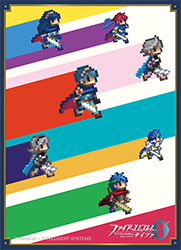 These are packs of 65 sleeves for use with the Cipher card game or other compatible card games (which is probably most of them). In case they look familiar, these are the same sleeves found in the Player’s Boxes from Comiket 91.