French fans of Fire Emblem got to play Fire Emblem Warriors at this years Japan Expo in Paris (which runs from July 6th through the 9th). 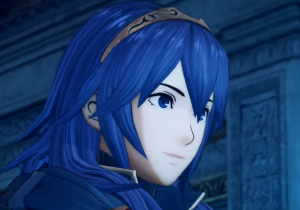 Emblème du Feu, also known as Miatt on our forums, managed to play and share with us some gameplay details, although unfortunately they were limited to 5 minutes of footage. They focused mostly on Lucina

Lucina seems to have a larger focus on bows compared to Chrom whose moves have him wield a spear of light. Which as seen in Codename S.T.E.A.M and Project X Zone 2, Lucina tends to get given a bow in crossover material. 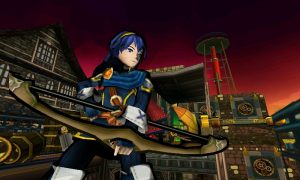 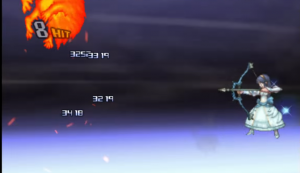 Nintendo staff confirmed that the game will also include dual audio, for the time being at least. This was mentioned here on Emblème du Feu (in French).

Another poster on our forums, FuranSuwa posted their experience with the game as well. Plus some minor plot about how the game gets rolling. You can read it below:

The story: The twins live peacefully in their kingdom until a dragon attacks, forcing them to leave the kingdom. To take it back, they will ask help from heroes of other worlds.

Robin fight with a tome, he makes lightning spheres as a normal attack, and change his spells for strong attack. It’s more like he summons one attack that hurt for a long time than many fast hits. From what I saw he could create a fire, falling thunder laser, wind blades, a magic circle that makes him levitate, a giant purple sphere and  a lightning vortex. For all of his special attacks he uses the Levin Sword. [He] was really enjoyable to play.

Lucina is a pretty typical sword fighter, same moves as in Awakening, except for one attack she used a bow of light to attack high enemies.

Lissa is surprisingly fast too! She swings her axe like a twirling baton, and sometimes turns with  it, [grappling] the enemy. She sometimes ends her attacks with thunder magic with her staff. For the healing, it shows you the effect zone before you do it, and it’s pretty annoying to heal someone who keeps running everywhere. Surprisingly good gameplay

I saw Frederick as a boss, but I was focused on the character I played with and didn’t see much of his moves, but it was what you’d expect from a cavalier with an axe. Also the horse’s hooves’ texture was really ugly (very pixelized)

Some more: the healing items are cups of tea. You get them by breaking pots.

I didn’t hear a lot about the voices because of the noise, but the game was English dubbed with Japanese dub for the intros. The demo supervisor told me that for the final game we could choose if we want full English or Japanese dub (so possibility of dual audio?) 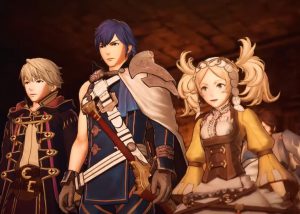 As we get closer to the release, we can expect more and more information to finally roll in. Overall, we don’t have too much longer to wait folks! Together we ride to release!