Welcome to the first installment of our weekly recap series of Series 21 of Fire Emblem Cipher, the Japanese trading card game. Launching as a new booster dubbed Tempest of Apocalyptic Flame, this set features characters from Three Houses, The Binding Blade, The Blazing Blade, and Heroes. 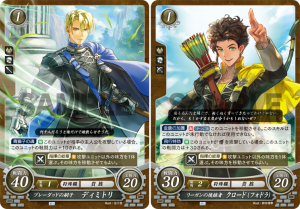 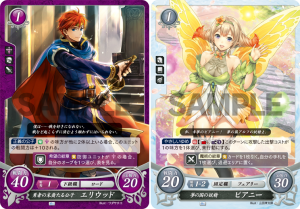 The first day introduced cards of Dimitri and Claude from Three Houses, Eliwood from The Blazing Blade, and Peony from Heroes. Each of these characters leads their own story in the Fire Emblem series, and are coming together to headline this forthcoming set. By the release next month, we should expect to see even more new cards of all four.

Next, we got a look at new cards of Yuri from Three Houses. The card game will be covering the Cindered Shadows side story, and you can expect more new faces from the Ashen Wolves (namely Constance, Balthus, and Hapi) to show up alongside their leader. 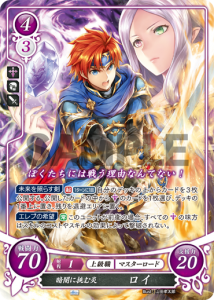 Following that, we were shown a new card of Roy from The Binding Blade. Being released as the special Hero Rare card rarity, this card captures his climactic battle with Idunn to save the world at the end of the original game (if you play well enough for the best ending, that is). 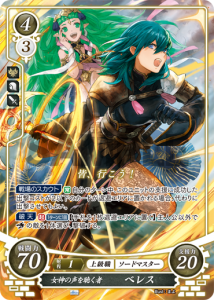 Afterwards, another Hero Rare card was revealed, this time of female Byleth from Three Houses. Now taking the profession of a Swordmaster, Byleth has matured since her early days prior to first setting foot in the academy, and has the goddess Sothis to thank for being where she is now. 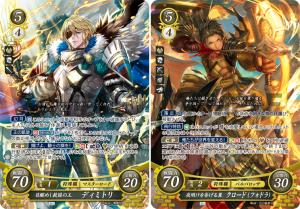 Lastly, Dimitri and Claude from Three Houses have been confirmed to be arriving as their own Super Rare cards (as a Great Lord and Barbarossa, respectively), each representing the culmination of their diverged paths and their own beliefs, far removed from their peaceful days at the Officers Academy. 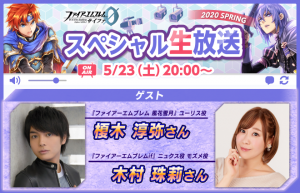 There’s more where that came from! Catch the next episode of FE Cipher’s two-hour livestream program on Saturday, May 23rd at 4:00 AM PT for more news on the TCG via YouTube or NicoNico.

Here’s where Cipher producer Ryota Kawade and Kubocchan from Intelligent Systems will be sharing more updates, together with Juri Kimura (voice of Yuzu from Cipher and Nyx and Mozu from Fates) and Junya Enoki (voice of Yuri from Three Houses). Look forward to our report after the show!

Note: The following are some extra news in case you missed them… 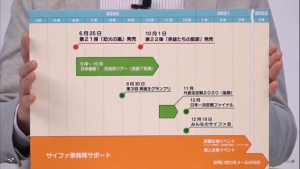 The Across Japan! Exchange Tour event, which was scheduled to take place from June to October 2020, has been postponed indefinitely due to public health concerns. Few specifics about the event were shared since it was first announced this past April, and unfortunately it may stay that way. 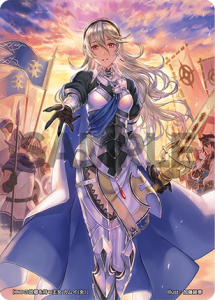 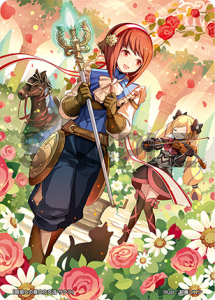 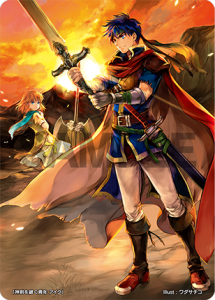 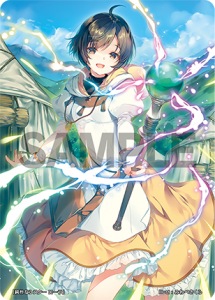 Starting this June, officially sponsored card shops will hand out these special marker cards of female Corrin, Sakura, Ike, and Laura to Cipher tourney participants. Give it a shot and take home these unique cards!