So, you’ve studied all that there is to know for the upcoming Fire Emblem Fates release in the US, and have pioneered the anticipated “waifu wars”. You’ve picked your side, and are fully prepared to fight for what you believe is right. You’ve managed to score your pre-order on the collector’s edition packs, or at least got your hands on the game that you wanted more, possibly due to the hype or maybe just planned to import the Japanese version to play the game early. Well great, you’ve got the game. There is more to Fire Emblem Fates than just the triad of games to beat, and we may as well take a moment to understand all of the different goodies available to the public, as well as how they impact not only the franchise, but other games as well.

To start off, one would be hard pressed to have missed news on anything related to the interaction of amiibo. Scanning in either Robin, Lucina, Ike or Marth offer some pretty sweet bonuses including a bonus chapter (referred to as a “Hero Battle”) in which you can win their deployment as a prize, among other goodies. After scanning in your any of these amiibo, you can interact with him or her inside your My Castle, and engage in the Hero Battle, which functions much like the Spotpass battles within Fire Emblem Awakening but with some additional dialogue and with a predetermined locale for battle. While none of the four have supports with any unit, they each bring something new to the table to make their position on your team worthwhile, such as Robin’s infamous Ignis skill or Marth’s and Lucina’s dragon-effective Divine Falchion and Parallel Falchion. With the exception of Marth and Lucina both learning Charm and Ike and Lucina both learning Aether, each unit can learn up to four unique skills through their personal class, and brings their own unique, character locked weapon. One last neat feature is that communicating with each amiibo unit and choosing to not engage in battle with them allows you to receive a gift in the form of a promotional item used to promote to their particular class. If you would like to take a peek at these four in combat, Serenes Forest’s Linkmstr has uploaded a complete playlist of interactions with theses amiibo, utilizing his team’s Translation Patch. 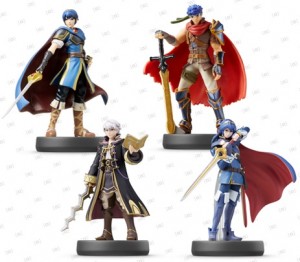 At this point, the last question related to amiibo interactions in the game is what will the recently announced Roy provide to the table? 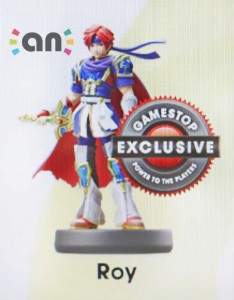 If you thought that was all the amiibo were good for, think again. The Fire Emblem series amiibo do have other uses in several other games. Their most unique roles are fulfilled in Code Name S.T.E.A.M., providing you once again with unique units to add to the fray of battle via deployment. They also serve use in Super Smash Bros for Wii U and Super Smash Bros for 3DS by adding the AI sidekick to your available cast. Scanning each saves data to its particular code, and each amiibo can be customized via training to become a competent fighter on its own. Finally, any amiibo, including these four, can unlock some general outfit extras or monetary bonuses in Super Mario Maker, Hyrule Warriors, Mario Party 10, Captain Toad Treasure Tracker, Yoshi’s Woolly World and Chibi-Robo, or a randomly selected three minute demo of a NES or SNES game through the Masterpieces and amiibo TAP sections. 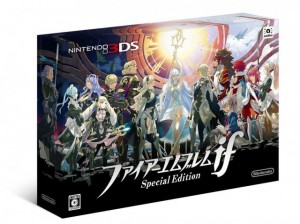 They also received a Fire Emblem If version of the New 3DS, which includes custom cover plates and a 16GB microSD card. 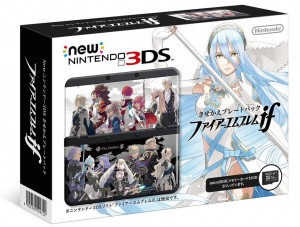 North America recently had preorders announced for the Collector’s Edition, which includes the same artbook (not confirmed to be translated or otherwise), a cartridge with all three versions of the game on it and a protective cloth pouch. 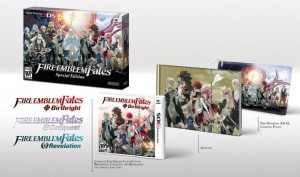 If you’re a collector of other merchandise or already own a copy of the games and what you see above, then Japan’s recent 25th anniversary concert event included some goodies such as a replica of Aqua’s necklace and pendant, some adorable key chains of the family members and quite a few posters. You may have a hard time getting your hands on these.

Finally, if all of this hasn’t emptied your wallet, you should check out the new TCG that was hinted at with the Japanese Special Edition release, Fire Emblem Cipher. While Cipher touches on characters across many generations, the most recent release has quite a few cards produced in its name, including several iterations of the lead protagonist, Kamui, their partners and even some antagonists. Collector’s card books have just been announced, but the cards themselves have been available for many months.

Hopefully all of these collectibles fit within your needs and your wallet. There’s still more to be released, so keep your eyes peeled for new Fire Emblem Fates merchandise and other goodies that will help make the game into a great one!