The next Legendary Hero is arriving shortly in Fire Emblem Heroes! Check out the trailer below for details about Ryoma: Supreme Samurai. He’s a flying sword user on a Hoshidan Kinshi! You can also find a text breakdown of his skills at the bottom of the article. 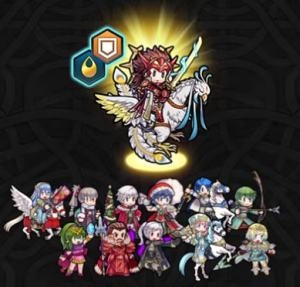 As usual for Legendary Hero banners, the 5★ summoning rate is raised to 8% and no off-focus 5★ units will be available. You’ll be able to summon for Ryoma: Supreme Samurai and his accompanying heroes starting tomorrow, 30 May.