Heroes: Our Next Mythic and Colorless Tome Hero is Bramimond of the Eight Legends!

Drum roll… The next Mythic Hero descending upon Fire Emblem Heroes will be Bramimond: The Enigma, one of the Eight Legends from Blazing Blade!

With the addition of Colorless Tomes in the previous version update, I think some fans were guessing that Athos would be in the running. But it seems for now, it’ll be his companion’s time to shine.

For more details, please peer into the shadows… 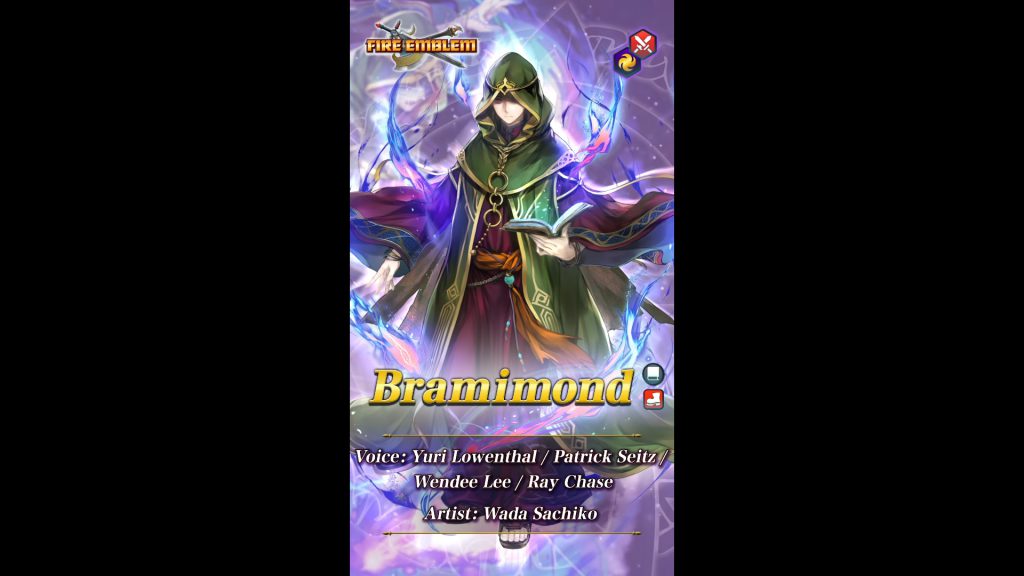 Weapon: Void Tome – Grants Atk +3. At start of combat, if foe’s Atk >= 50 or if [Penalty] is active on foe, grants Atk/Def/Res +5 to unit during combat. At start of combat, if foe’s Spd >= 35 or if [Penalty] is active on foe, unit makes a guaranteed follow-up attack.
[Penalty] All effects that last “on foe through its next action.” Includes penalties inflicted by a skill like Panic or Threaten and negative status effects (preventing counterattacks, restricting movement, or the effects of a skill like Triangle Adept or Guard).
Special: Luna
A: Atk/Def Push 4 – At start of combat, if unit’s HP >= 25%, grants Atk/Def +7, but if unit attacked, deals 5 damage to unit after combat.
B: Lull Atk/Res 3
C: Impenetrable Dark – During combat, disables skills of all foes excluding foe in combat.