The day is full of surprises–first we had the Summer trailer revealed too early, then Feh suddenly decided to drop another unannounced Feh Channel!

This one is short, but sweet, focusing on three topics: the upcoming Summer Heroes, the new Resonant Battles game mode and a new feature for Aether Raids. 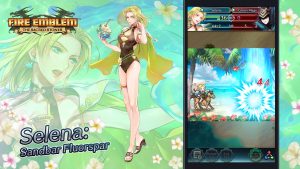 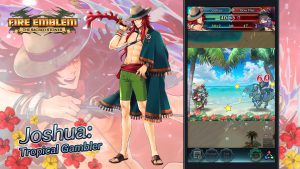 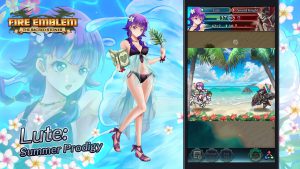 There’s already a trailer for them, but here’s another look at the Special Heroes that will feature in the “Summer Passing” banner, scheduled for 18th June. 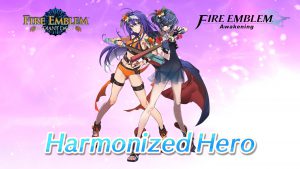 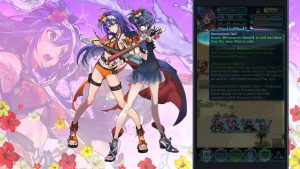 Mia and Marth form a new type of Duo Hero, called a “Harmonized Hero”. These are Heroes that co-operate from completely different worlds. They also have a Harmonized Skill that benefits Heroes from the games they’re from.

Call of the Sea Event 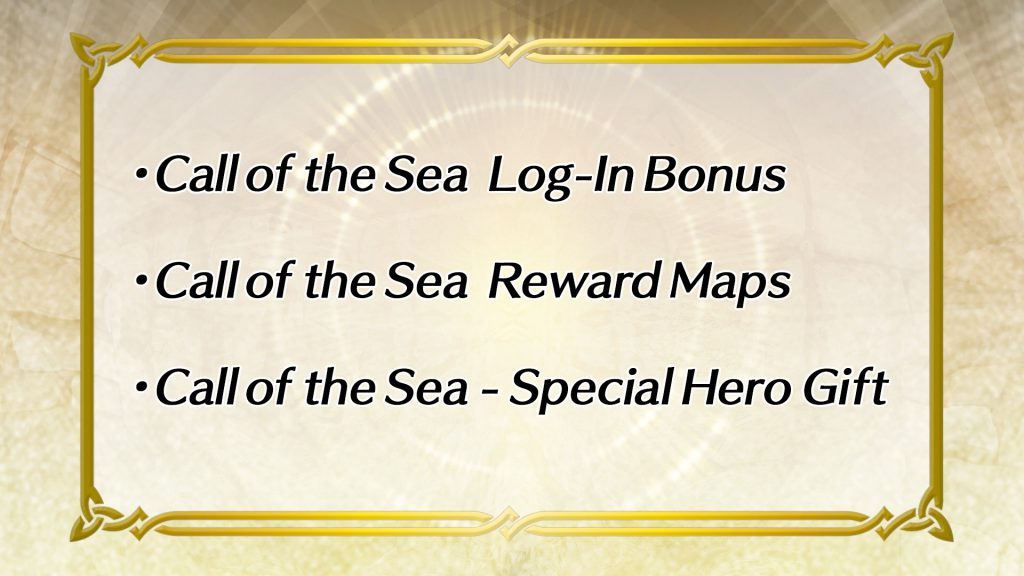 To celebrate “Summer Passing”, there will be a special Log-In Bonus, reward maps and a free Special Hero. 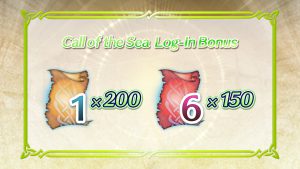 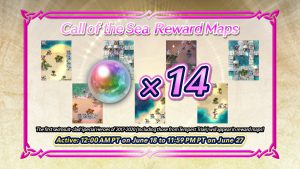 The Log-In Bonus will grant 200 Divine Codes 1 and 150 Divine Codes (Ephemera 6). Meanwhile, completing all 7 reward maps on all difficulties will yield 14 Orbs. 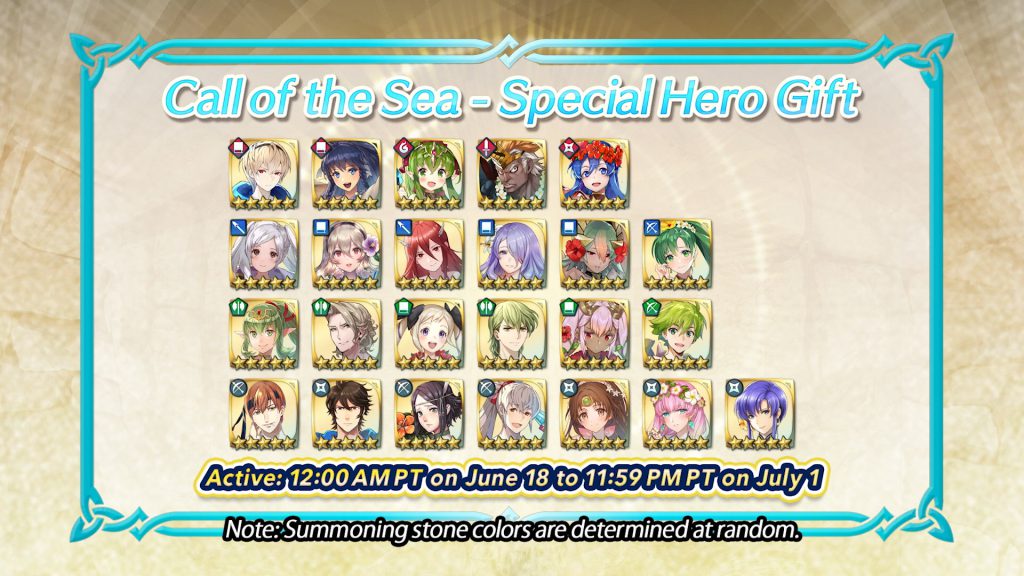 Last but not least, Summoners can receive one of the Summer Heroes introduced between 2017 and 2019. However, the Hero will be random–as well as the selection of summoning stone colours. 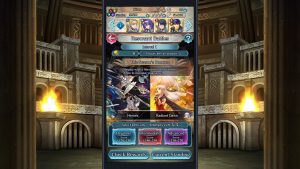 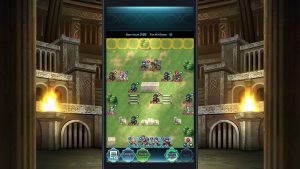 This is a new Arena-type game mode, which encourages Summoners to deploy Heroes from certain games–and probably Harmonized Heroes. The aim is to defeat Thief enemies, before they escape to the northern edge of the map.

Unlike usual, the Thieves can only move 1 space, but as you can see, some Thieves are quite far north, so you’ll want to move fast. You can also obtain and use the Arena Assault items, like Fortifying Horn. 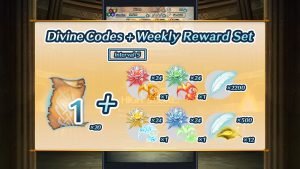 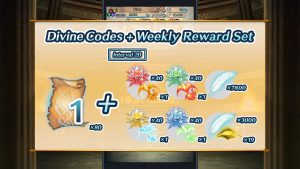 Depending on which score interval you end up in, the amount of rewards that you can earn will differ. You’ll always receive Divine Codes 1, while the other rewards depend on the season. 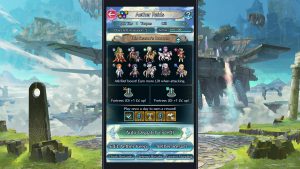 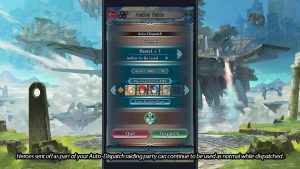 To make Aether Raids less stressful, there will be an Auto-Dispatch option added in the July update. This can be used up to 3 times per season and lets you send a raiding team to automatically fight, returning after around 20 hours have passed.

Once the team has come back, you can view the playback of the battle and receive Lift depending on their performance, but capped at 75% of the usual amount. Essentially, it’s an idle mode for Aether Raids. 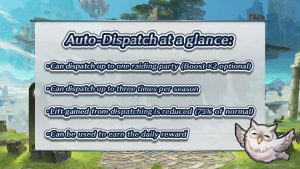 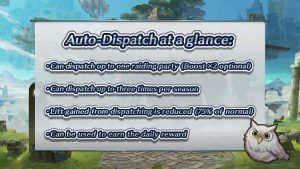 Feh provides some infographics to explain the benefits of Auto-Dispatch. If you don’t mind the slightly reduced Lift gain, it’s useful if you want to earn the daily bonus and/or play Aether Raids more casually.

That’s all for now!