Today, Nintendo broadcasted the final Super Smash Bros. Ultimate Direct ahead of its 7th December release. No new playable characters were added from Fire Emblem, but a bunch of characters managed to get in, in some shape or form.

For starters, the Black Knight (from Path of Radiance) and adult Tiki (from Awakening) have been upgraded from regular trophies to Assist Trophies. Now you can better recreate moments like Ike’s fateful duel or Tiki assisting Marth and his descendants. 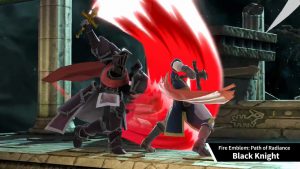 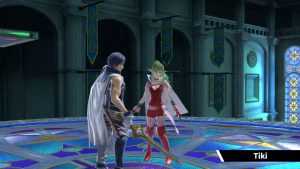 Next, Ultimate has added new “Spirit” characters, which are somewhat similar to stickers from Brawl. They can be equipped to fighters to enhance them and give them additional abilities. Spirits come in two types: Primary (the main one, of course) and Support (can be equipped by Primary).

At the very end, I’ve included a list of all the Spirits that I spotted in the Direct and also on the Smash Ultimate official site. There was a lot to look through, so apologies if I missed any!

With this Direct over, we now know all the playable characters in the game… sort of. Sakurai–the game’s developer–announced that the game will feature 5 DLC characters, just like Smash for 3DS and Wii U. So there’s still a chance, although possibly small, for your favourite character to make it in!