When we weren’t looking, Nintendo of Japan sneakily updated the Fire Emblem if boxarts to add two things. 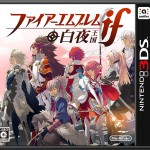 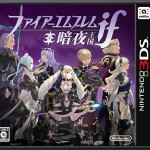 As is becoming the trend with new first-party titles, Fire Emblem if will support Amiibos (Nintendo’s NFC figures), as indicated by the Amiibo logo in the most top-right corner.

At this early stage, it’s not clear what exactly the Amiibo functionality will be, but hopefully the Fire Emblem Amiibos–Marth, Ike, Robin and Lucina–will add something interesting to the game.

The other thing is that the game sports a CERO C (15+) rating, which is the highest in the series so far. Most games in the series have an A (Everyone) rating; a handful have a B (12+) rating, such as the previous game, Awakening.