It’s that time of the day again; some stealthy Japanese fans or whatnot have taken a peak at this week’s issue of Famitsu, which officially releases on 11th June. 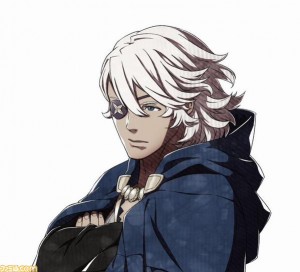 Earlier, Famitsu, gave us a tiny preview of what to expect, plus a picture of Zero’s portrait (above). From this, we know there will be additional details on the My Castle feature (such as the mysterious prison) and 7 new character profiles.

Subordinate to Nohr’s Prince Marx. Has a peculiar personality where she transforms into a violent alter-ego upon sensing danger on the battlefield.

Personal Skill [Killer Instinct] If user KOs an enemy with their attack, Strength, Magic, Skill and Speed +4 for one turn. 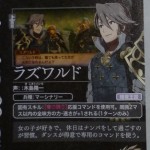 Likes girls and has a habit of spending his free days picking up women. Good at dancing and can use it as a special command.

Personal Skill [???] When used as a command, Strength and Speed +1 to all allies within a 2 tile radius for one turn.

A sorcerer who performs daily research into “amazing special moves”. Easily fired up and in danger of losing control of his power.

Personal Skill [Blood Boil] When equipped with a forged weapon whose name is written with 8 kanji, critical rate +10. 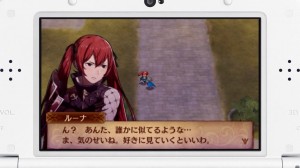 Last time, we were introduced to Luna (above), who was a dead ringer for Severa from Awakening. This time, Intelligent Systems isn’t even trying to hide the fact that Lazward and Odin are “homages” to Inigo and Owain, who are again children characters from Awakening.

A curious fact: Lucina, Severa, Owain and Inigo are the most popular children character in Awakening, according to Nintendo’s official character poll. Is that the reason their “likenesses” are in this game? (Lucina herself appears via her Amiibo.)

Besides those three characters, there are profiles for Zero, Charlotte, Benoit and Orochi–the latter three already have profiles on the game’s official site (and you can read them on our Characters page).

Next, although there are currently no scans to back up the following information, this was all reported by the same person who posted the Famitsu scan. 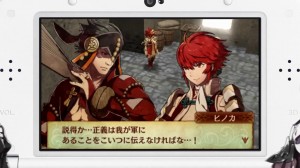 This may be Hinoka trying to persuade a captive.

When Orochi or Zero use their “capture” command to defeat an enemy, that enemy will be sent to the prison.

Captured enemies can then be recruited to your army by successfully scouting them with resources or by persuading them. Certain enemies, such as bosses, cannot be captured.

Seasoned fans may know that capturing was present in Thracia 776, where a handful of characters could only be recruited via capturing. During “capture mode”, all of the user’s stats were halved, so it was a very risky maneuver that required great skill and planning.

That’s all for the leaks so far, but there’s more to see, including details on the Arena, Forge, Lilith’s Shrine, My Room and Accessory Shop.