A heads up for Fire Emblem Heroes players: Chrom and Lissa’s Bound Hero Battle will be returning between now and 19th September 2018. 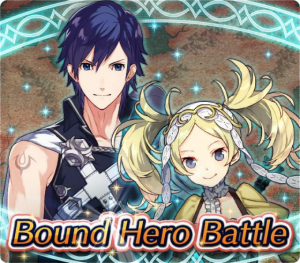 As with other Bound Hero Battles, you can earn a total of 9 Orbs the first time you beat all the maps on all 3 difficulties. For those who’ve already conquered Chrom and Lissa long ago, there are quests that reward additional Orbs as well.

While Bound Hero Battles might not be as exciting as Grand Hero or even Legendary Hero Battles, it’s hard to complain about more Orbs. Especially when we’re about to get four new Hero banners in four weeks (two normal ones, one Legendary and one Special)!