Last month, we learned that there will be a live concert during the Fire Emblem Expo event on May 2019. For those who can’t make it–or wish to preserve the music–Intelligent Systems will be releasing a CD featuring all the songs. 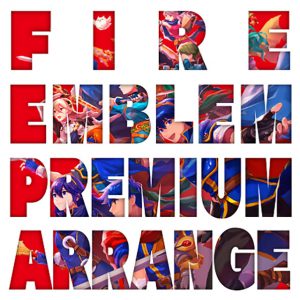 Today, they officially announced the details of said CD, which is titled “Fire Emblem Premium Arrange”. It will come out on 20th March, long before the expo starts, and retails for 3,200 Yen (including tax). Those in Japan can pre-order it directly from Intelligent Systems.

The CD itself includes 15 songs, of which 14 will be played at the concert, plus a bonus song exclusive to the CD: a rendition of Conquest (Ablaze), sung by Lucina’s voice actress, Yū Kobayashi. It will also have a full colour, 8-page booklet.

To ease the wait, the official expo site includes samples of all the included songs, on this page (just click the red “play” buttons). Below, you can find the track list, as well as a re-hosted playlist with all the sample tracks.