The latest Voting Gauntlet event in Fire Emblem Heroes has now started. As we learned earlier, this one is focused around the many abnormally powerful children found in the series. 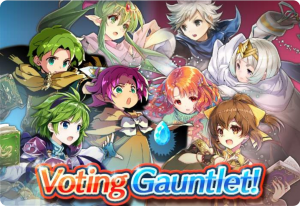 The starting brackets are Young Tiki versus Male Kana, Lugh versus Ylgr, Fae versus Yune and Flying Nino versus Delthea. 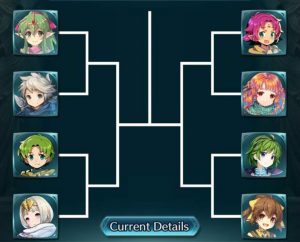 As usual, there are quests for each of the three rounds of the event, each awarding Battle Flags, Orbs, Sacred Coins and Refining Stones. The event runs until a few hours before the daily rollover on 6th May 2019.

Speaking of quests, the second half of the Allegiance Battles quests are now available, where you can grab the remaining 5 First Summon Tickets. Also, in case you’ve forgotten, the first pair of daily special maps are set to expire after today.