Today in Heroes, we see a revival of the Bound Hero Battle: Klein & Clarine! 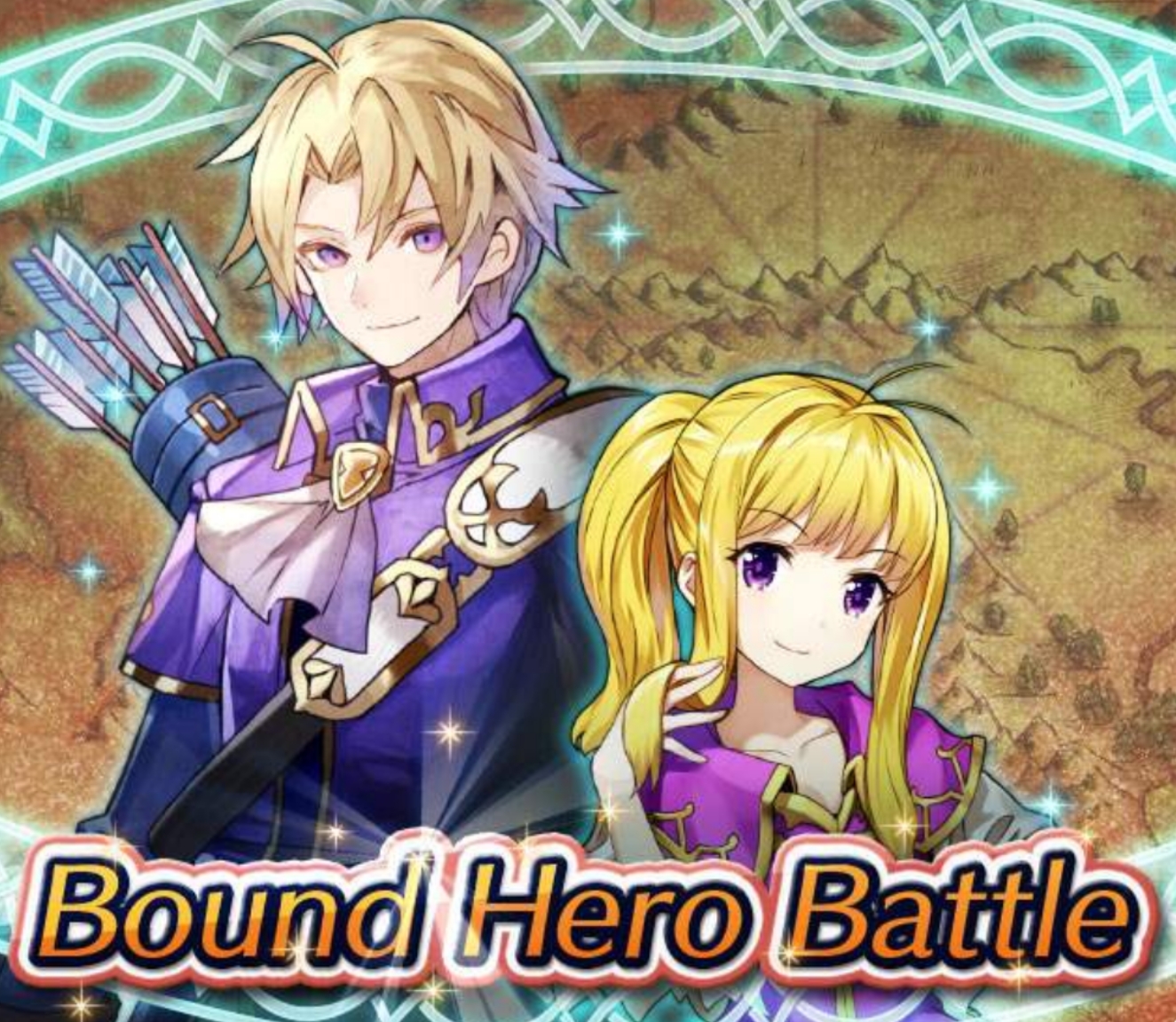 If you missed this BHB in the past, you now have a chance to challenge it and claim up to 9 Orbs for defeating difficulties hard through Infernal. There are also quests for you to complete to earn up to an additional 5 Orbs.

Click on “Read more” below to read up on the rest of today’s FEH news.

Pre-registration is now open for the upcoming Grand Conquests. The battlefield is the continent of Fódlan – where the upcoming game Three Houses is set. The three leaders of these upcoming battles are Edelgard, Dimitri, and Claude.

The GC will begin on the 26th of July, 11:00am UTC. I do imagine that most of us will be too busy playing the new Real Fire Emblem to be paying serious attention to this, though!

Tap Byleth good and proper in this Three Houses-themed Tap Battle to pick up some Orbs, new accessories, and materials from both regular quests and daily quests. The event begins tomorrow, 25th of July, 7:00am UTC.

To round off today’s news, the devs have announced that Free Summon: Brave Heroes is ending. Since the Choose Your Legends 1 Banner landed back in the first year of FEH’s life, every player has had the opportunity to summon one 5-Star neutral copy out of four Brave Heroes: Lyn, Roy, Ike, and Lucina.

If anyone you know is still interested in playing Heroes, be sure to have them at least create an account and pick up their free year 1 Brave Hero before the free summon comes to an end on the 31st of August, 6:59am UTC.

Within the same notification, it was confirmed that the banner for the winners of the CYL3 poll will be released in August at some point, along with the free CYL3 Hero summon.