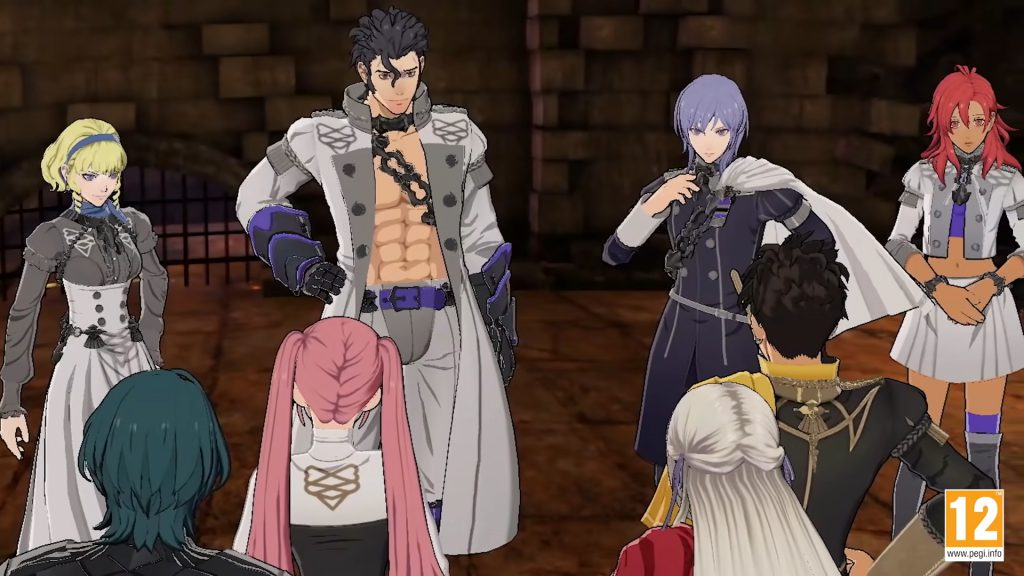 The canonicity of Cindered Shadows?

The side story is essentially a “parallel world,” isn’t it?

Kusakihara: It’s hard to say that that’s exactly the case. I don’t think it’s completely isolated from the main story, and I think for Yuri and the others those events did actually occur. When you meet the Ashen Wolves in the main game, they treat you as if they’re meeting you for the first time. That being said, it’s assumed that the events of Cindered Shadows have already been resolved. I think Cindered Shadows is essentially how the protagonist would’ve resolved the conflict had they been there.

In other words, Cindered Shadows is canon, but it’s essentially a “what if” scenario if the protagonist had shown up to help. Meanwhile in the main game, the events resolve themselves without his/her help. Somehow.

The Crests lost to history

Yokota: Aside from that, there were some leftover crests that we didn’t use during the main story, so we used those to expand the story we were writing.

So, they weren’t necessarily reserved for the side story?

Kusakihara: I myself had originally intended to leave them as they were without bringing them into the new story. I wanted to create a sort of blank space in the game’s world by leaving out a few pieces of the puzzle – suggesting that it was bigger than the scope of the game. We ended up using them anyway. (laughs)

Yokota: Koei Tecmo had already programmed effects for those crests should they be equipped, despite us planning not to use them.

Kusakihara: Although they initially went unused, the system had already been set up – and that ended up being used in the DLC.

The initial plan was for the crests absent in the main story to never show up. But it seems they decided to use them after all. Independent of Intelligent Systems’ plans, Koei Tecmo had already coded in the missing crests–and you can sort of obtain them via New Game+.

Yokota: The increase in the number of save slots was pretty impressive. The proposal originally came from Koei Tecmo, actually; messing around with save data can be incredibly scary due to bugs, though, so generally we wouldn’t increase the number by that much. […] I was grateful that Koei Tecmo had suggested it in the first place. In the end there ended up not really being any problems! (laughs)

Kusakihara: In the past you couldn’t really have that many save slots due to memory limitations; having worked on games for so long made us a little more careful. In the DS games, for instance, you could only have up to three save files.

The limited amount of save files was a result of Intelligent Systems being too used to older hardware. Thank Sothis somebody from Koei Tecmo decided to fix things. Also, if you keep reading, they’re planning to have more save slots from the onset in future game(s).