It’s almost been a whole week since the epic Fire Emblem Direct and we have a few minor updates and reminders for you. 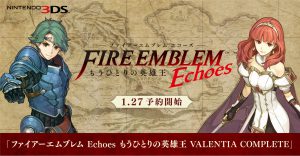 Firstly, as we mentioned at the end of our trailer analysis for Fire Emblem Echoes, it was announced that Japan would be getting two special editions.

The second and larger of of these–the luxurious Valentia Complete will only be available from the recently opened My Nintendo Store. More precisely, pre-orders will open on 27th January 2017. 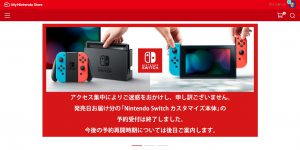 To further instill confidence, there were many reports of the My Nintendo Store crashing during its opening on 23rd January 2017. Even now, Nintendo has an apologetic message as the first image in their product reel.

Anyway, for those hoping to pre-order the Valentia Complete, there are two things you should bear in mind.

(And of course, the usual caveat of the entire website being in Japanese.)

Another thing: the Nintendo 3DS is region-locked, so you won’t be able to play the Japanese version of Echoes on your North American or European (etc.) 3DS. At least not without access to Homebrew or the like.

That said, the My Nintendo Store will be offering a version of the Valentia Complete without the game. Which is very useful if you just want the bonus goodies (the soundtrack CD, artbook, Cipher cards and Blu-Ray). 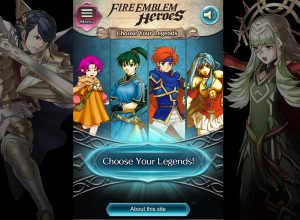 Swiftly moving onto Fire Emblem Heroes. In case you somehow missed it, up until the game’s launch on 2nd February 2017, everyone is invited to vote for their favourite heroes in the Choose Your Legends event. 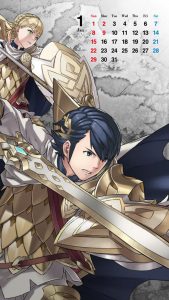 Before that though, you can enjoy the January 2017 monthly calender, which feature Alphonse and Sharena, two new characters created for Heroes.

The results shouldn’t be a huge surprise. For one, all three characters are main (or important) characters from internationally-released titles; Lucina and Ike even appear as fighters in Smash Bros.

Although Lyn being the current number 1 is a massive achievement and we’re confident she owes a lot of her success to Western fans who first got to know her during Blazing Blade over a decade ago.