Here’s a quick breakdown of what’s new and what will be here soon:

Also, two pieces of information that need no further explanation:

You can read into more detailed information about the update by clicking on “Read more” below. 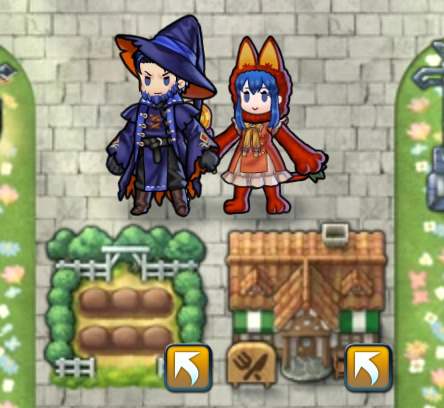 You can now use Field and Dining Hall structures in the Aether Resort.

Within the Field, you have three plantations readily available (1 pot for Dragonflowers and 2 plots for vegetables) while the other three can be unlocked with R&R Affinity (one extra pot and two extra plots). These plot purchases are one and done, so it’s probably worth the investment if you’re interested in earning rewards through the Dining Hall, or simply interested in using the dining hall feature more often.

We are given 130 R&R Affinity a week for as long as you check in daily, and it costs 120 R&R to plant both Dragonflowers each week. So you’ll have to manage your R&R affinity now more carefully than ever. Some of us may take the dive and spend 3 Orbs per week to double their daily R&R Affinity intake from 10 per day to 20, but personally I still don’t think it’s worth it.

The Dining Hall is a structure that allows you to put together ingredients to feed your Heroes. The better the dish, the more stars you get. Collect at least 30 Stars a month to earn 1,500 Feathers before the rewards refresh.

There is also a “cookbook” tab which will keep a record of your previously cooked dishes. Right now, there’s a total of 67 dishes that can be made with the currently available ingredients. Try to cook ’em all!

Finally, Feh will come along once a week with additional ingredients such as meat and eggs to give you more cooking options.

With the upcoming spooky banner that has been revealed in the recent Feh Channel, we will see the first Duo Hero make its way into Heroes. Hector and Lilina fight as one unit, but come with additional perks.

Fielding a Duo Hero means you get a new icon at the bottom of the screen, called a Duo Skill. Press it and confirm usage, and you will immediately deal damage to all enemies within three columns of your Duo Hero. This skill can’t be used when a Duo Hero is used with Pair Up. Duo Skills can be used on any map, including Arena and Grand Hero Battles, but only once during any battle.

On top of this, Duo Heroes also provide you with a BST score of 185 (like how Duel skills provide an artificial 170 BST) to help you score big in Coliseum modes.

Note that Heroes with Dual Skill can not use said Dual Skill if they are paired with a Hero using Pair Up.

Hector and Lilina will appear in the A Monstrous Harvest banner on the 9th of October 7:00am UTC. You can bet your sweet buttcheeks that there will also be a Skill Studies utilising them in the near future, too. 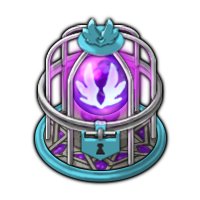 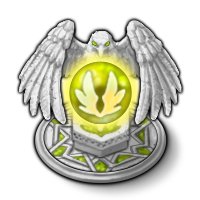 If Duo’s Indulgence is placed on the map, the first Duo Skill used between turn 1 and turn X can be used a second time, where X is the structure’s level + 2. (Max of two uses; only one use per turn.)

If Duo’s Hindrance is placed on a map and a Duo Hero is in your defensive team, the attacking enemy can not use Duo Skills between turn 1 and turn X, where X is the structure level + 2. If you’re finding yourself losing more defense battles due to Duo Skills, this will be the structure for you to invest in, as long as you have a Duo Hero yourself.

Here are some Aether Resort additions:

These dudes (Hawkeye, Frederick and Virion) have themselves some shiny new weapons with refines, and the dudette (Lute) has her Weirding Tome blessed with a refine.

Virion’s Dignified Bow: 14 mt, Effective against flying foes. At start of turn, if any foe’s HP ≤ unit’s HP-1 and that foe is adjacent to another foe, inflicts [Panic] on that foe.
Refine: At start of combat, if unit’s max HP ≥ foe’s HP+1, grants Atk/Spd/Def/Res+4 to unit during combat.

Lute’s Weirding Tome: 14 mt, Grants Spd+3. At start of turn, if any foe’s Res ≤ unit’s Res -3 and that foe is adjacent to another foe, inflicts Spd/Res-5 on that foe through its next action.
Refine: If [Penalty] is active on foe, grants Atk/Spd/Def/Res+4 to unit during combat.

If you’ve watched all the way through the most recent Feh Channel, then you already know all there is to know about the mode to date.

The game mode has you in control of four Heroes (not a part of your barracks, and can only be used in the Hall of Forms mode), and they are:

These units will gain experience quicker than normal units gain experience outside of the mode. They start at level 10. they have no skills, and have only basic weapons equipped.

Playing through the game mode unlocks new weapons and skills which you can choose from a randomly generated list after each stage. You can also give your units Seals and merges. Only the unit who achieves the first kill on a stage will earn the right to learn a new skill once the stage is complete. You can either learn a skill or obtain a merge, but not both at the same time.

Hall of Forms uses its own stamina, much like other event modes like Voting Gauntlet. However, this mode’s stamina caps at 3, and it costs 1 stamina to challenge a stage, and there are 20 stages in total.

Keep in mind that even if you lose on a stage, your formas will keep any experience earned, so you can at least have a better chance of winning next time.

That’s basically it for now, at least until the Hall of Forms is released on the 10th of October 7:00am UTC.