After a long wait and much anticipation, Fire Emblem Cipher Series 18 is finally here! This popular set is the first to focus primarily on characters from the widely successful Three Houses game. It also includes more cards and characters from Awakening and The Sacred Stones. 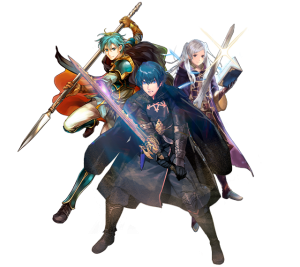 Additionally, a special Three Houses themed ST Deck also released alongside the booster series. The deck features Female Byleth and comes with cards for the three lords and other heroes from 3H. 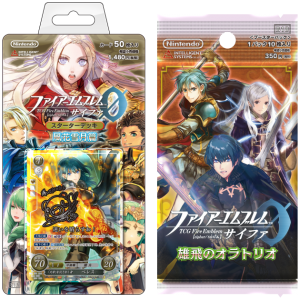 Click on the “Read More” button below for a look at cards from the booster packs and deck, as well as word on some of the set’s promos.

Note: To those who are still playing through Three Houses, fear not; there are little to no spoilers in the set. Aside from the time-skip appearance of Byleth, Edelgard, Dimitri, and Claude, and also some additional post-time-skip clothing for other students, the information below can be considered spoiler-free.

The same does not hold true for Awakening and The Sacred Stones, so spoiler warnings for those games.

END_OF_DOCUMENT_TOKEN_TO_BE_REPLACED

Ryota Kawade and Kubocchan held the exciting Fire Emblem Cipher Series 18 Pre-Release Livestream this past Saturday! Hibiku Yamamura (voice of Rinea and Shade) and Yusuke Kobayashi (voice of M!Byleth) joined them for a fun couple hours of news and pack opening. 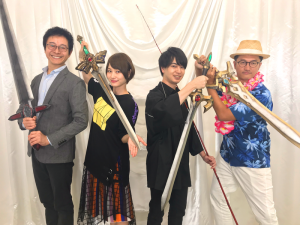 The main focus of this stream was to show off cards from Series 18, Oratorio of Embarkation, which releases later this week! The set features characters from Three Houses, Awakening and The Sacred Stones. 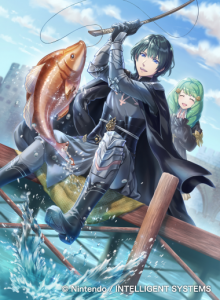 We also got to see this set’s Tournament Promo cards and a sneak peak of some art from upcoming sets. Read More below to check it all out!

Correction: Originally I posted some untrue information about a few rarities of cards in this set. These mistakes are now corrected. Sorry for any inconvenience!

END_OF_DOCUMENT_TOKEN_TO_BE_REPLACED 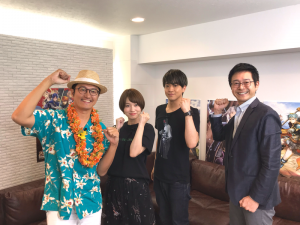 The main purpose of this stream was to show off a bunch of cards for the upcoming Series 18, Oratorio of Embarkation, which features characters from Three Houses, Awakening and The Sacred Stones.

Hit the “Read More” button below to take a look at the new cards! We also have some art and news for S19 and S20, as well as the next livestream. 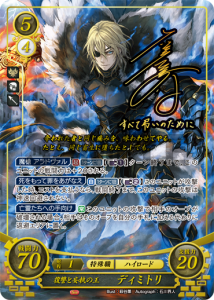 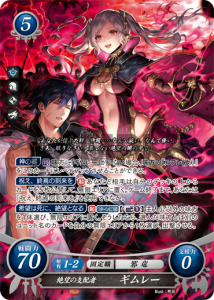 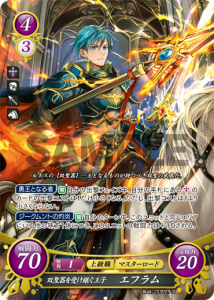 END_OF_DOCUMENT_TOKEN_TO_BE_REPLACED

The latest Fire Emblem game is almost here, and Fire Emblem Cipher also plans on welcoming it in style. Cipher Series 18 comes out in September and will be our first Three Houses set! 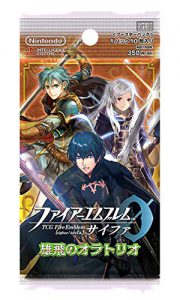 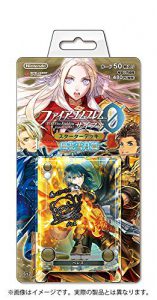 Titled “Oratorio of Style“, the booster series will also include cards for characters from The Sacred Stones and Awakening. We’ll even be getting a special Three Houses Starter Deck as well, starring a signed Female Byleth card!

Click on the “Read More” button to check out some of the set’s artwork. We also have some links for you to pre-order booster boxes and decks.