Vestaria Saga I Remake in the Works

Today, S_Kaga announced that his team is also remaking the original Vestaria Saga I, in a similar manner. He mentions that the next game (III) is still in the preparation stages because he’s lacking motivation for the scenario due to various reasons. So right now, he’s focusing on this instead.

With the help of an excellent programmer, he says that progress on the game systems is going well. Although it’s a remake, a lot of effort is still required. So the expected release date is Fall by the latest. They will also use this as a springboard towards the trilogy finale…

The remake will introduce new elements (rules) besides the controls and layout. The main changes include:

END_OF_DOCUMENT_TOKEN_TO_BE_REPLACED

Last week, the English release of Vestaria Saga Gaiden: The Sacred Sword of Silvanister was officially announced for 2022.

Curiously, the Japanese Vestaria Saga Twitter account has revealed that the original The Sacred Sword of Silvanister is being remade using the latest version (of SRPG Studio) and will henceforth be known as Vestaria Saga II.

The remade version of The Sacred Sword of Silvanister is currently undergoing final testing and is expected to release near the start of 2022, in time for the New Year holidays.

Currently, it’s not known how the English release of The Sacred Sword of Silvanister will be affected. However, one of the quotes (which also explains other things), implies that the publisher is aware.

Ah, the reason it’s II is because it was better suited for international markets. It’s a proper sequel to I and has a good amount of content, so we thought it’d be easier than calling it a “gaiden”. The final chapter will be released as III.

Here’s what’s changed in the remake:

END_OF_DOCUMENT_TOKEN_TO_BE_REPLACED 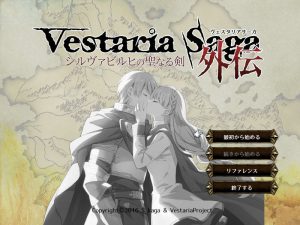 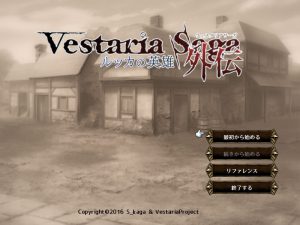 END_OF_DOCUMENT_TOKEN_TO_BE_REPLACED

Since last year, it’s been relatively quiet on the Vestaria front. A few days ago, the Twitter account for the Vestaria series revealed that the official English translation of Vestaria Saga I is planning to release this Summer. 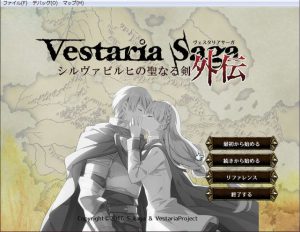 In addition, progress towards the two Gaiden games is going smoothly. Originally, Zeid’s Gaiden, “Silverbirch’s Sacred Sword”, was also planned for a Summer release. However, there has been a lot more work than anticipated, so it’s expected to slip into 2019.

While we’re waiting, here’s some information related to Zeid’s Gaiden that S_Kaga shared with us around late 2017. 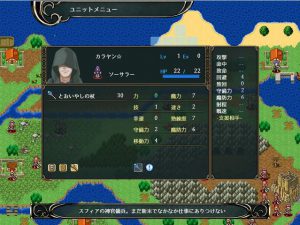 Karajan is one of many disposable characters.

Firstly, there will be “disposable characters” introduced into the game. Previously, many SRPGs (including Vestaria) have a heavy focus on characters, which can make them awkward to play as players are often forced to reset when a valuable character dies.