Heroes: Descendants of Jugdral’s Crusaders Celebrate in “Scions of Twelve”

In a break from tradition, it seems there won’t be dance-themed banner in Fire Emblem Heroes this month. Instead, this month’s Special Heroes are celebrating the “Day of the Twelve”, a festival found in Jugdral.

“Scions of Twelve” will run from 7th September 2021 (UTC). The featured Heroes are Larcei, Julia, Lewyn and Harmonized Leif and Seliph. Nanna, who appeared in the silhouette prior, will be the Tempest Trials reward (Staff Flier).

END_OF_DOCUMENT_TOKEN_TO_BE_REPLACED

Not long ago, Nintendo Mobile posted the trailer for their next upcoming batch of new heroes, in the Doorway to Destiny banner. This banner will feature two very powerful fighters, as well as a new dancer, all from Fire Emblem Genealogy of the Holy War (FE4), and all bringing some new skills with them. 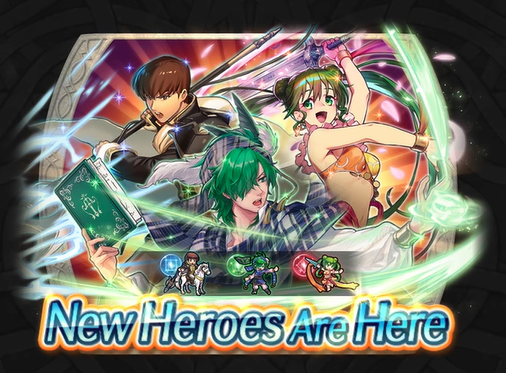 Additionally, in the next Tempest Trials+, Ethlyn: Spirited Princess will be available as a reward unit, giving the game its first free Cavalry Staff user, presumably as at both four and five star rarity. For those unfamiliar, Ethlyn is Quan’s wife, and the franchise’s first Troubadour (wielding Swords and Staves at base, and promoting to Paladin in SNES days).

Doorway to Destiny becomes available as of September 7 at 12a PT, and as expected, comes with a story chapter series with which to collect Orbs from. If you have a craving for some new powerhouses, then best of luck you, Summoners!

For details on the new trio, click Read More.