Tag Archive for The Sacred Stones

You don’t need to analyse the strangely large black box any more: the next Legendary Hero will be Myrrh from The Sacred Stones, who appears in a summoning event from 31st May 2022 (UTC).

Following Tiki and Fae, Myrrh is the third young dragon girl to achieve the rank of Legendary Hero. Despite not being a Divine Dragon like those two, she is still fairly important to her game world, being the guardian of Darkling Woods.

If you’re confused about the “large black box” I mentioned, the FE Heroes team “teased” the next Legendary Hero by representing them as a blank mystery box for the next season’s Arena Bonus Heroes. To my knowledge, this box was bigger than usual, prompting speculation it could be a Manakete, flier or cavalry Hero.

Anyway, the following Heroes will also be featured:

Please continue for a breakdown of Myrrh’s abilities!

END_OF_DOCUMENT_TOKEN_TO_BE_REPLACED

We hope you all enjoyed the holiday season! Back to business, the first New Heroes banner of 2022 features Ascended Joshua and Heroes from The Sacred Stones. It’ll be active from 7th January 2022 (UTC).

Besides King Joshua, the featured Heroes include childhood friends Colm and Neimi, plus Rennac who couldn’t escape L’Arachel for long. Our condolences to any Moulder fans.

Additionally, Riev: Blood Beryl, one of Grado’s six generals, will be available from a Grand Hero Battle, starting on 8th January (UTC). He briefly appears near the end of the trailer as a Blue Tome Infantry.

END_OF_DOCUMENT_TOKEN_TO_BE_REPLACED

Welcome to the fourth weekly recap for Series 18 of the Fire Emblem Cipher card game, “Oratorio of Embarkation”. As a reminder, this year’s 2nd expansion will include characters from Three Houses, The Sacred Stones and Awakening. 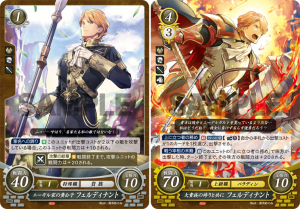 On Monday, the official Twitter account revealed a pair of cards for Ferdinand von Aegir, who’s always trying to make a name for himself within the Black Eagle house. His first card shows him as a Noble, while his second card is when he’s a seasoned Paladin. 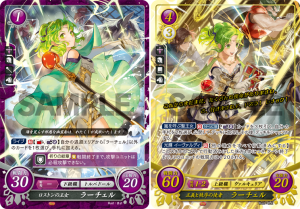 On the next day, we were treated to a dazzling pair of cards of L’Arachel, the evil-smiting princess of Rausten. Her first card is her as a Troubadour, while her second card is a SR+, depicting her as a Valkyrie with the sacred tome Ivaldi. 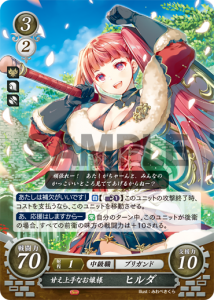 Halfway through the week, we got a singular card of Hilda, from the Golden Deer house. Was she too lazy to submit a second card of herself? Anyway, this is her as a Brigand.

END_OF_DOCUMENT_TOKEN_TO_BE_REPLACED 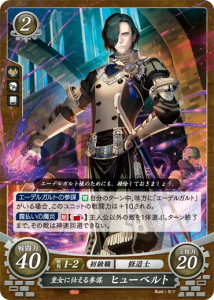 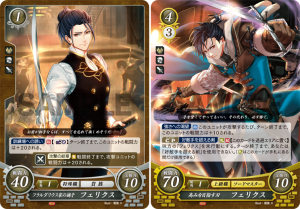 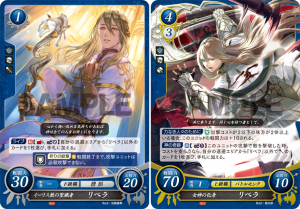