It’s wedding season in Fire Emblem Heroes! Three brides and one groom are now available in the Bridal Belonging banner! Spend some Orbs to try your luck at special Bridal versions of Sigrun, Pent, Tanith, and Fjorm. Check out our earlier article for our first look at these news heroes in their preview trailer. 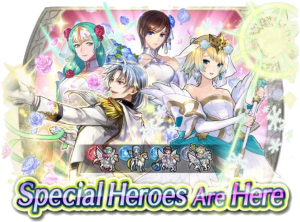 You can also see all four heroes in action in the new paralogue story, also entitled “Bridal Belonging“. Complete all three chapters and their associated Lunatic quests to earn 12 Orbs! We’ll also be getting more Orbs over the next couple weeks with the latest Log-In Bonus.

If that’s not enough Bridal action for you, you’re in luck. Both of the previous years’ Bridal Banners, Bridal Bloom and Bridal Blessings, will be getting reruns starting later this week! A bridal-themed Tempest Trials will also be starting soon, featuring a free Bride Louise to match Groom Pent. 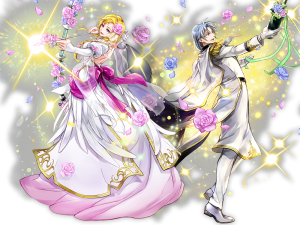 For now, the Bridal Belonging banner and quests will be around for around a month, ending on 21 June.

Lastly, as a reminder, the second round of Grand Conquests just came to a close. The final round will begin in around four hours. The quests have also been reset. Good luck and may the best army win!

Heroes: A Season for Picnics is Here!

The previously revealed Special Heroes are finally available to summon for! 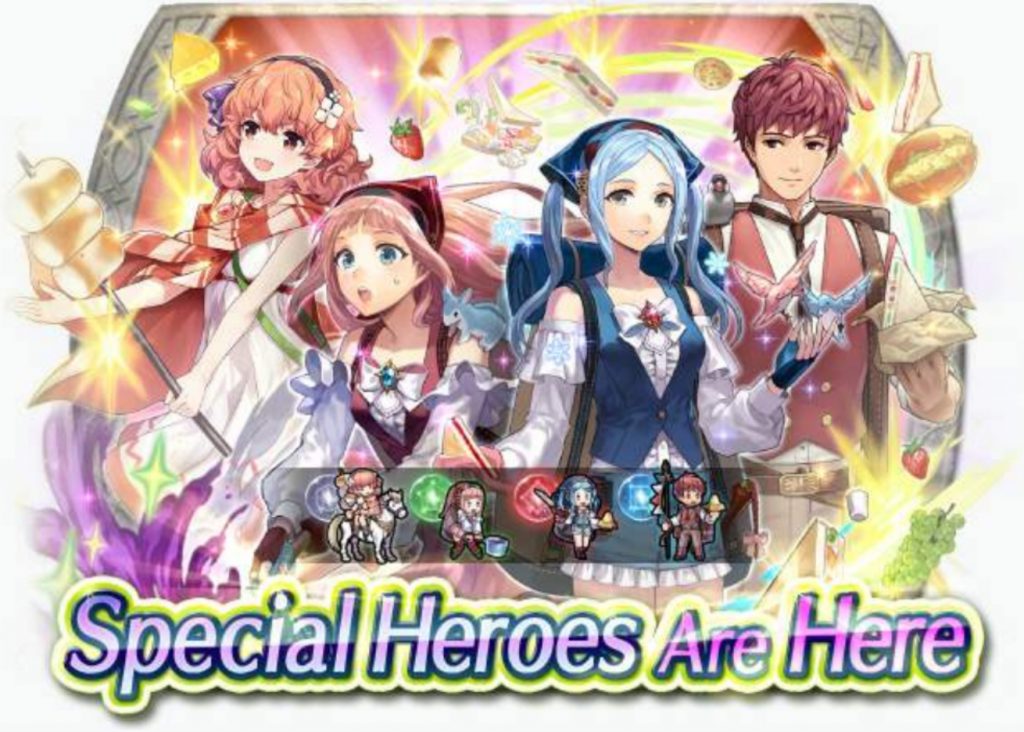 The banner begins today, and will remain available until the 19th of May, 6:59am UTC.

Some further information that wasn’t available during their initial reveal: Their 5-star level 40 neutral stats (In order of HP, Atk, Spd, Def, Res):

You can read more about the new Heroes in our previous news post here, which includes details on their weapons, colours, movement types, and skills.

These Special Heroes also bring with them a new Paralogue chapter (9 Orbs), quests (3 Orbs), and a new daily log-in bonus (13 orbs). The quests are available from today until the same time the banner ends – the 19th of May, 6:59am UTC. 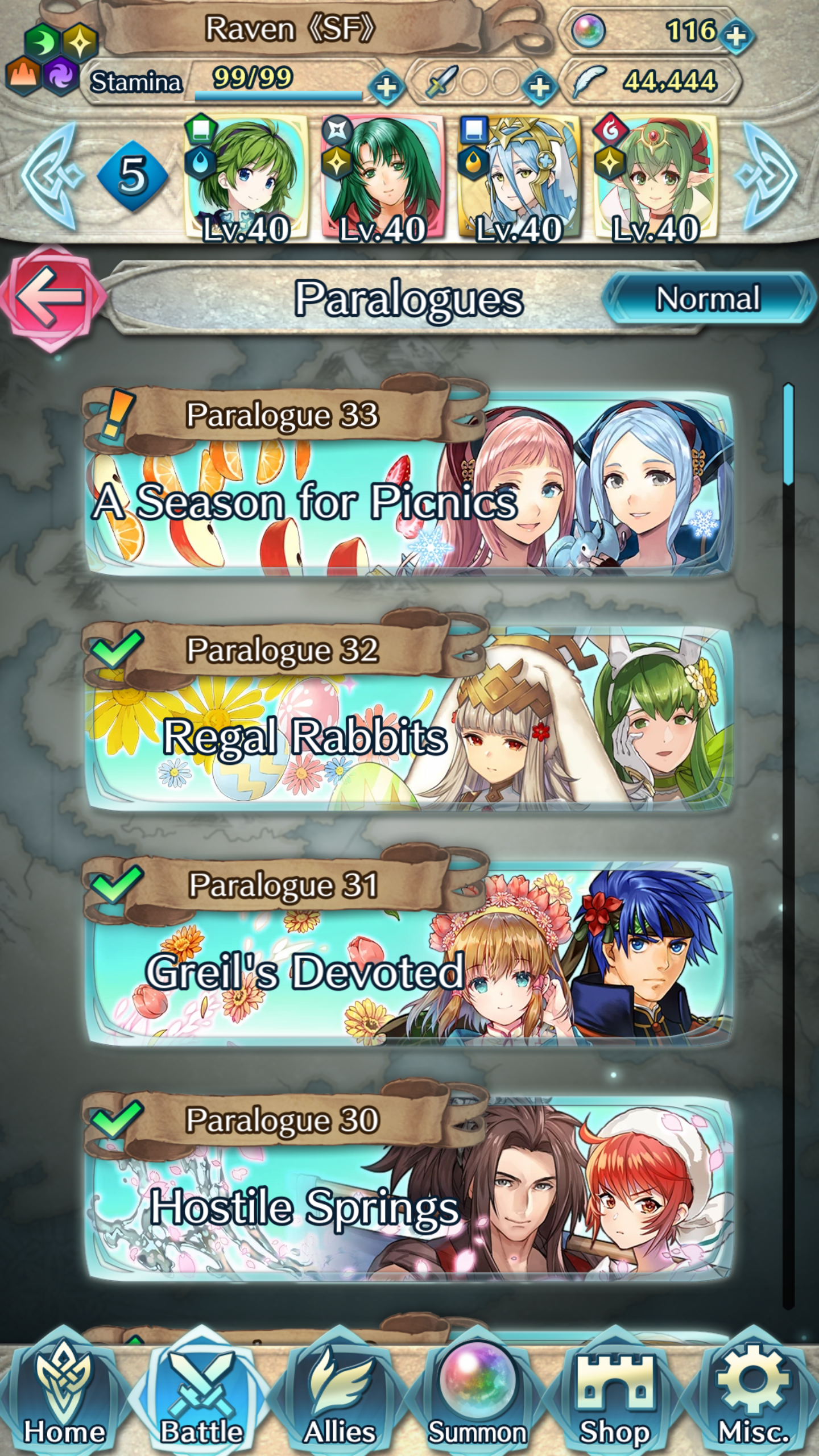 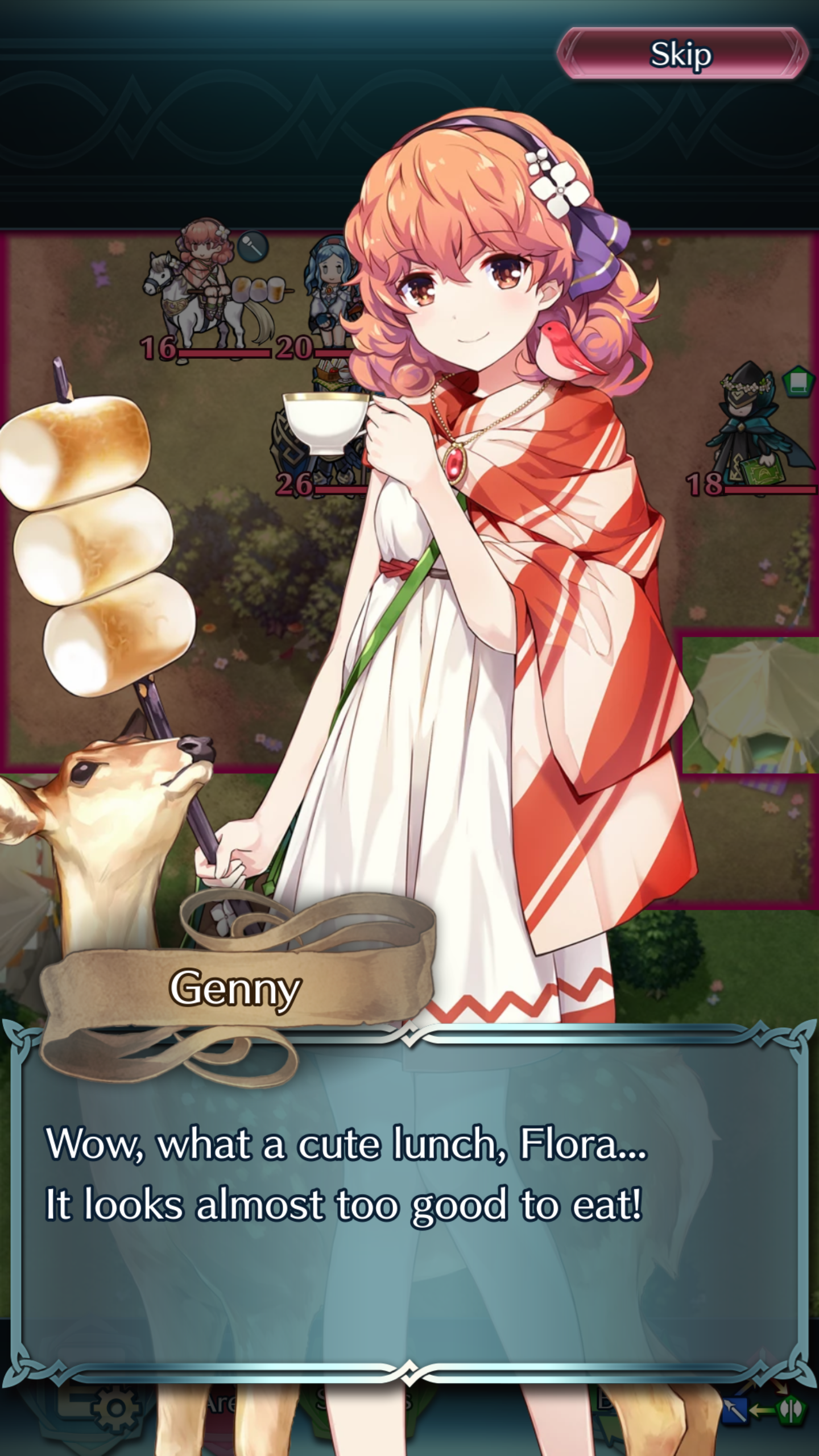 Four new Special Heroes are ready to charm their way into the hearts of Fire Emblem Heroes players! Spend some orbs on the Greil’s Devoted Banner for special Valentine’s Day versions of Greil, Mist, Ike, and Soren. Check out our earlier article for their preview trailer and a skill breakdown. 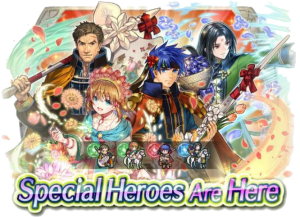 You can also see all four of these heroes in action in the Greil’s Devoted Paralogue. They appear alongside an additional Valentine-themed Titania, who will also be available as an upcoming Tempest Trials unit. The story is a a sweet one, with Ike and Mist able to reunite with their father once again.

In addition to the banner and paralogue, we also get a new Log-In Bonus and Lunatic Quests. Furthermore, if you’d like a few more Orbs to summon for these heroes, the February Orb Promo is available now as well. For the usual price, you can get 21 Orbs and 60 Sacred Coins.

The Greil’s Devoted banner and quests will be available for one month, ending on 8 March. Best of luck adding some devoted heroes to your team!

Additionally, the Heroes 2nd Anniversary is still going strong. Today’s free banner is based on Ephraim & Myrrh’s BHB and contains 5★ focus units for Anamnesis Eirika, Ephraim, and Myrrh. Today is also the final day for the Find and Vote Heroes mini-game, so make sure you’re submitting your votes!

Four new Special Heroes are splashing their way into Fire Emblem Heroes! Try your luck on the Hostile Springs Banner for new hot springs versions of Ryoma, Elise, Sakura, and Hinoka. Check out our earlier article for a look at their skills and trailer. 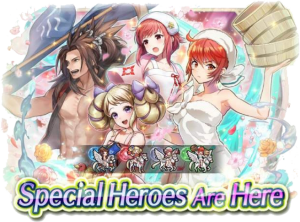 The Hostile Springs Banner will be available for a whole month, ending on 23 February. Good luck adding some new heroes to your team! However, keep in mind that we’ll also have a new Mythic Hero banner next week and more Special Heroes on 7 February.