We have a couple of notifications for Fire Emblem Heroes players before the coming weekend. Firstly, the Tempest Trials+ event “A Waltz Unending” is currently on-going. 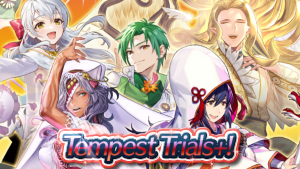 The event ends on 1st June 2020 (UTC). For additional details, please refer to our previous article. 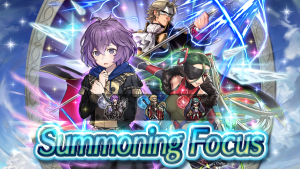 Next up, there’s a Heroes with Lull Skills banner if that tickles your fancy. The featured Heroes are Bernadetta, Sirius and Kiria. This will also be available during the same time-frame.

In case you missed it, there’s also a bunch of Tome Arts quests available until 4th June (UTC). Completing these quests will net you 4 Orbs and other random trinkets. If your Tome users aren’t too squishy, you could probably combine this with your Tempest Trials grinding. 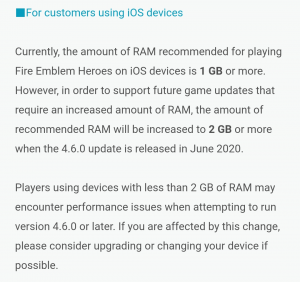 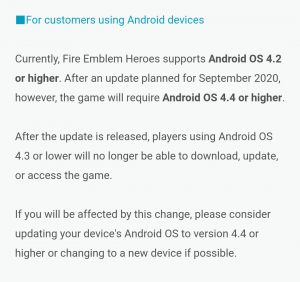 Lastly, the FE Heroes team shared an important message about the upcoming Version 4.6.0 update, scheduled for June. With this update, the game’s minimum specs will be increased:

iOS users who don’t have 2 GB RAM can still potentially play the game, but may run into “performance issues”. However, Android users on 4.3 or lower won’t be able to access the game full stop.

Heroes: Coliseum Quests are Back!

Another series of Coliseum Quests has returned to Fire Emblem Heroes!

Complete Arena duels, Arena Assault battles, and Allegiance battles to earn Orbs, Feathers, and other prizes. Once you finish one tier of quests, another tier unlocks! You’ll have two weeks to complete them all.

The first round is still going on for another day, ending at tomorrow’s reset. Complete battles and quests each day to fight for your team and earn sweet rewards. The final round ends at reset on 31 October. 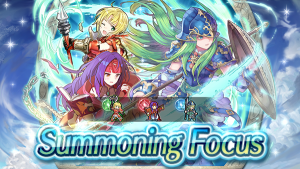 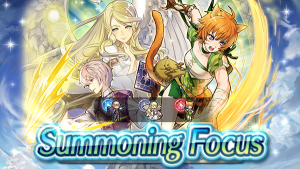 END_OF_DOCUMENT_TOKEN_TO_BE_REPLACED

Grab your swimsuits and head out towards the ocean for the next Fire Emblem Heroes event! Voting Gauntlet: Beach Battle Ballot starts today! 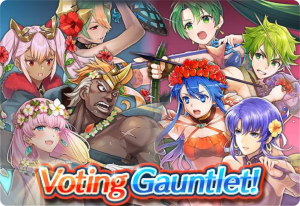 This latest Voting Gauntlet features all eight of the new summer characters that came out this year. Choose your hero from the swimsuit versions of Laegjarn, Laevatein, Helbindi, Gunnthrá, Lyn, Wolt, Lilina, or Ursula. If you lack any of these heroes, their banners are still available in the summon screen. Check out the first round match-ups below: 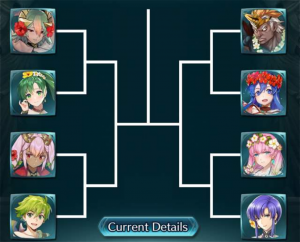 Compete in matches to earn points and battle flags for you chosen hero. You can also earn up other sweet rewards, like Orbs, with quests during each round! Each round will last a bit less than two days, as usual. Voting Gauntlet: Beach Battle Ballot as a whole will end on 7 August.

Additionally, August quests are also now available! You’ll have the whole month to complete these quests and reap the rewards. Check out details in-game.