The final listed event from the most recent Fire Emblem Heroes calendar has finally arrived! You can now challenge Bound Hero Battle: Amelia & Tana in the Special Maps menu. A special banner released alongside the BHB contains 5★ versions of both Amelia and Tana, and as well as Eirika. Now’s the time to pull for these The Sacred Stones girls! 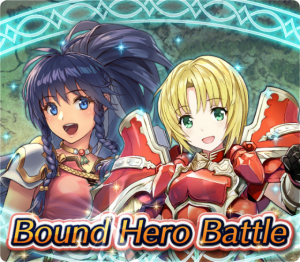 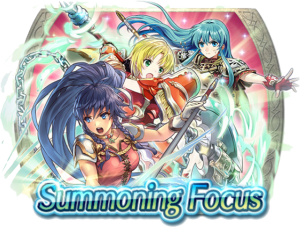 Like other BHBs, you can challenge Amelia and Tana in up to three difficulties to earn up to nine Orbs! All of your heroes must survive the map in order to succeed. Bound Hero Battle: Amelia & Tana and its associated banner will be available until 23 December at 6:59am UTC.

Additionally, to celebrate the upcoming release of the Fire Emblem Warriors DLC, the Warriors special maps have also returned to Heroes! Check out our original article for some more information on the maps. They’re a great place to earn up SP for your heroes! These maps will be available for one month, ending on 14 December.

After this, we don’t have any concrete knowledge of what’s next for Fire Emblem Heroes. Likely we’ll have a banner with some new heroes released on the 18th to replace the Children of Fate summoning focus, so hopefully we’ll get a trailer for that soon. In the meantime, Dev maps and Warriors maps should hopefully keep players entertained for a while. Train up your heroes and prepare for whatever is coming next!

A new series of special maps have arrived in Fire Emblem Heroes! The Devs Say Thanks event is on, with five challenges awaiting you in the Special Maps section.

Each map uses a team crafted by one of five different Heroes developers: Shingoroid, Taroimo, Rokumoji, Arayang, or ryo. This is very similar to the Developer Challenge maps from October. Beat each map in all three difficulties to earn up to 15 Orbs!

Additionally, you can also complete some associated quests for more Orbs and other goodies! Check out the full quest listing below. Both the special maps and their quests will be available until 1 January.

Finally, the Enduring Love Voting Gauntlet has now come to a close. Once again, Tharja emerges the winner, her second victory after securing the Battles of the Mages in May. 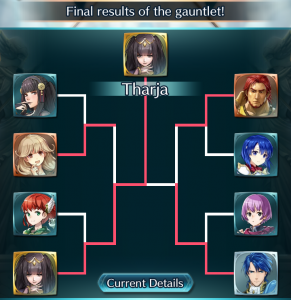 END_OF_DOCUMENT_TOKEN_TO_BE_REPLACED

A new series of special maps are now available in Fire Emblem Heroes! The Developer Challenge pits you against heroes trained by the developers of the game!

Five different developers have contributed a team to the cause: mk1, hataP, hashimon, k2, and ryo. Each of them has also given their team a name. You can challenge each team on three different difficulties. Beat all fifteen battles to win a total of 15 Orbs! 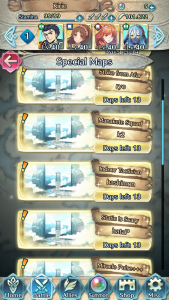 The Developer Challenge maps will be available in the Special Maps section for two weeks, ending on 4 November.

These maps are based on playable characters in Warriors: Frederick, Lucina, Hinoka, Takumi, or Camilla. Each map includes its featured character as a stronger “boss” with reinforcement waves of much weaker enemies. Sound familiar? Yes, you’re effectively playing a Warriors-style map in Heroes! 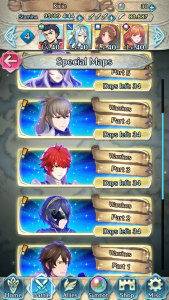 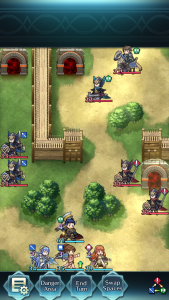 All of the maps are new and also include music from Warriors as well. Have fun killing waves of enemies while enjoying the new songs!

If that’s not enough for you, there is also a new series of quests for the maps as well! Clear all five maps on Normal and Hard difficulties under certain conditions to earn some Shards, Crystals, and Orbs. Check out the quest details below.

The Fire Emblem Warriors Special Maps and their associated quests will be available until 26 October at 6:59am UTC.