The next Resplendent Hero to be revealed for Feh Pass subscribers will be Sanaki: Begnion’s Apostle. Similar to Sophia, she’s decked in Emblan garb.

The distribution period for her Resplendent version will be 25th May through 10th June 2020 (after Hector). You can check out her full artwork and some voice samples via the Feh Pass website.

Back to the present, the “Dark Burdens” banner is currently live. For more info, please refer to our earlier article. Also, the Nintendo Treehouse team shared a video highlighting the abilities of these frightening allies. 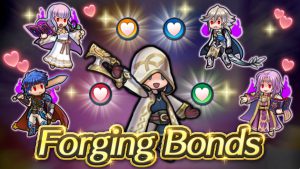 Furthermore, if you’re not afraid to learn what makes them tick, there’s a Forging Bonds event, “Peaceful Ends”, featuring these forbidden four. Since this is the first event following Version 4.5.0, you can obtain Divine Codes (Ephemera 5) as rewards.

Today’s Heroes update brings us a New Power banner ft. the most recent Heroes with new weapons and/or refines, a return to the Fallen Delthea Grand Hero Battle, and a reveal of OG Eliwood’s Resplendent artwork! 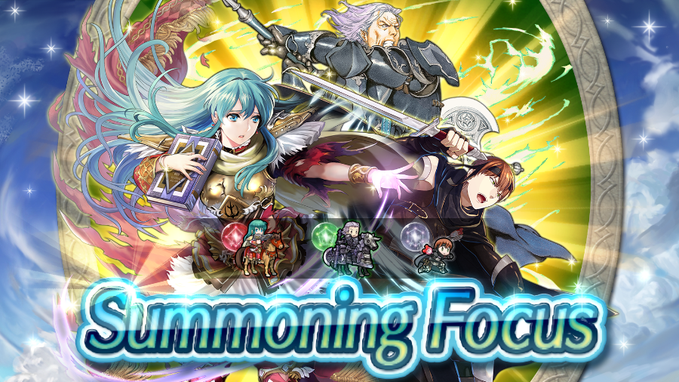 On this banner is red tome Eirika, Gunter, and OG Gaius. Ursula is available only via Grails thus is not summonable. You can learn more about each of their upgrades in our previous news post here. The banner is live until the 16th of April 6:59am UTC.

Also today: Fallen Delthea is rotated into the bi-daily Anniversary Celebration GHB Revival rotation. You have 2 days to beat the quest to earn a copy of her before the next GHB is swapped in!

Today’s the 10th of the month so that means the Feh Pass rolls over, the next Resplendent is made available, and the upcoming Resplendent is revealed.

Feh Pass owners will now receive Resplendent Azura, and coming on the 25th of April is Resplendent Eliwood. You can click “Read more” below to view the revealed artwork.

END_OF_DOCUMENT_TOKEN_TO_BE_REPLACED

Heroes: The Morgans BHB Revival is live, Resplendent Cordelia is now available, and Ike is the next Resplendent Hero! 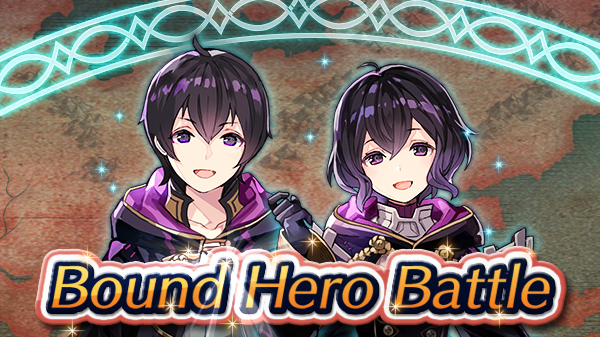 If you’ve already completed all difficulties, you can still earn an additional 5 Orbs through the quests that come with it. The event comes to an end on the 2nd of March 6:59am UTC.

Also today: A new Resplendent Hero is being distributed to subscribers of the Feh Pass.

Cordelia: Knight Paragon will receive a visual upgrade alongside a nice boost to her stats should you own the Pass already or purchase the pass before the 10th of March 6:59am UTC.

The next Resplendent to be released on the 10th of March 7:00am UTC is confirmed to be Ike: Young Mercenary. You can click on “Read more” below to view the artwork.

END_OF_DOCUMENT_TOKEN_TO_BE_REPLACED

During Fire Emblem Heroes’s 3rd Anniversary Feh Channel, we were introduced to the next batch of Special Heroes, who will be dropping tomorrow. But we didn’t have full details about their skills, until now!

For a text breakdown of the new Heroes’ skills, please keep reading to the end of our article.

“Lovely Gifts” will be around from 7th February to 6th March (UTC). As noted, Conrad can also be obtained as a 4-star focus Hero in the banner. Meanwhile, Silque will be the free 4 and 5-star Hero from the Tempest Trials+ event, starting the day after.

Additionally, Version 4.2.0 of Fire Emblem Heroes is now up. Here’s the lowdown on all the new weapon skills and refine options!

Special thanks to u/DreadzKaiser on Reddit for sharing this information!

Not mentioned in the previous notification, but the following Heroes have been added to the Heroic Grails shop: Kempf, Christmas Jaffar and New Year’s Eir.

On top of that, Summoners can now purchase the monthly subscription for Feh Pass. All of the relevant information was mentioned in the 3rd Anniversary Feh Channel, but they’ve also added a new website where you can check out all the details.

You may also have noticed that Feh Pass has been integrated into parts of the game’s UI, regardless of whether you’re subscribed or not.  The most egregious implementation is the Quests & Missions icon displaying completed Feh Pass quests for non-subscribers…