Five new heroes are on their way to Fire Emblem Heroes! Check out the Darkness Within Preview Trailer below. It show the new hero Mareeta and three new alts for Berkut, Female Corrin, and Young Tiki.

As usual, these new heroes will be bringing a large variety of new skills and abilities to the game, including four new weapons, two new 4-stage A slot skill upgrades, and a few completely new skills. Hit the “Read More” button below for a full text breakdown to see more details.

Along with the new banner, we’ll also be getting a new story chapter: A Home Unknown. We’ll getting a new GHB featuring the fifth new unit, an alt for Delthea: Tatarrah’s Puppet!

Additionally, today’s reset revealed information for the new Forging Bonds event titled Power’s Den, which will feature the four new gacha units. Check the notification screen for details and a sneak peek at their new Accessories.

The Darkness Within banner, its associated story chapters, and the matching Forging Bonds will go live this Friday, 10 May. Delthea’s GHB starts just a couple days later on 12 May.

END_OF_DOCUMENT_TOKEN_TO_BE_REPLACED

Heroes: Out of Gallia Preview Trailer!

Four new Laguz heroes are coming soon to Fire Emblem Heroes! Check out the Out of Gallia Preview Trailer below for your first look at Ranulf, Lethe, Mordecai, and Caineghis.

These four heroes are expanding the number and type of Beast allies available in the game. The cat laguz Ranulf and Lethe count as Cavalry units, while tiger Mordecai is Infantry and lion Caineghis is Armored. Furthermore, each unit comes with some impressive weapons and skills. Check out full skill details below.

These new heroes will be arriving with a new story chapter as well! Follow along with the Order of Heroes as they head into the Realm of the Dead. 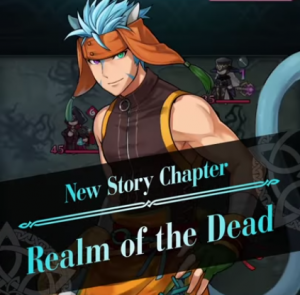 Both the Out of Gallia banner and its accompanying paralogue will be available in just a couple days, starting on Wednesday, 10 April. This banner (and its accompanying Log-In Bonus and Orb Promo) are the last things listed on the current Event Calendar, so we don’t quite know how long it’ll last.

However, the in-game notification confirms that Haar: Black Tempest will be arriving as the next Grand Hero Battle! His battles will start up the day after the new banner is live, Thursday 11 April.

END_OF_DOCUMENT_TOKEN_TO_BE_REPLACED

Four new Spring Heroes will be hopping their way into a special seasonal banner in just a couple days! Check out the Regal Rabbits Preview Trailer for your first look at spring versions of Palla, Marisa, Bruno, and Veronica.

These bunny alts are bringing some fun and interesting things to Heroes. Finally, we get Bruno’s debut as a playable character! This version of Veronica also seems to be more similar to her NPC version than Brave Veronica is. Palla and Marisa round out the banner as some interesting and unexpected alt choices.

Furthermore, we’ll also be getting a special Spring version of Loki as a Tempest Trials reward! You can see an image of her chibi sprite in the trailer as a wyvern-mounted colourless archer.

The Regal Rabbits banner, along with its associated paralogue, will start this Tuesday, 19 March. Afterward, the next Tempest Trials, where you’ll be able to recruit Spring Loki, starts on Saturday, 23 March. We should get more details on the TT when its log-in bonus starts on Thursday.

In the meantime, click on the “Read More” button below for a full text breakdown of all the new weapons and skills these spring heroes are bringing.

END_OF_DOCUMENT_TOKEN_TO_BE_REPLACED

Beast Heroes from Tellius are finally joining Fire Emblem Heroes! Check out the Rulers of the Laguz Trailer below for our first look at Tibarn, Leanne, Reyson, and Nailah.

These new heroes are all Laguz from Path of Radiance and Radiant Dawn. They also comprise a new ally type in Heroes with the “Beast” weapon type. Each comes with a new weapon and at least one other new skill. Read more down below for a text breakdown of their skills and abilities.

Our first new story chapter for Book III, “Countdown” will introduce these four new heroes to the Heroes world. They will also play a starring role in the upcoming Forging Bonds: Hearts as One. 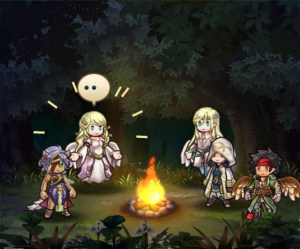 This edition of Forging Bonds will also include some changes to the rewards structure. First Summon Tickets and Heroic Grails have both been added to the Friendship rewards tiers. Otherwise, we’ll still get our daily Orbs and earn new accessories, though we’ll need to wait for the event to start for full reward details.

Furthermore, one more new ally, Naesala, will also be available in a new Grand Hero Battle shortly after. Presumably, additional Beast-type allies will also be released throughout the year, perhaps from other games as well.

The Rulers of the Laguz banner and Forging Bonds event both start this Friday, 11 January. Naesala’s GHB will start the following day, 12 January.

Lastly, Light Blessing Quests also began yesterday! These quests require you to perform certain actions with heroes that have had a Light Blessing bestowed on them. You’ll have until 22 January to complete them. Check out full details on the Quests & Missions page in game.

The Banner and Forging Bonds this Friday are also the final events listed in our current Event Calendar. We also have another version update scheduled for early this month as well. Hopefully we’ll be getting our update and a new calendar soon!
END_OF_DOCUMENT_TOKEN_TO_BE_REPLACED