In addition to the announcement of the pre-load and Expansion Pass for Three Houses, Nintendo Japan shared a new introduction video, outlining (and recapping) all the key features, as well as 4 short TV commercials.

The introduction video is the main highlight here. It’s around 9 mins long, although it mainly covers stuff that’s already been revealed via Famitsu and whatnot. However, if you look carefully, there are lots of juicy details to be found.

For the record, it’s past 2 am as I start writing this, so I’m going to avoid speculating and try to keep things matter of fact (if I can help it). Since my brain isn’t functioning at full capacity, haha.

Anyway, the start of the video is pretty much a combination of the very first and second trailers. It opens with the history of Fódlan. We see an ancient war happen, which–as far as we know–is the battle between the Divine Seiros and Nemesis the Liberation King. Afterwards, the three nations were established. 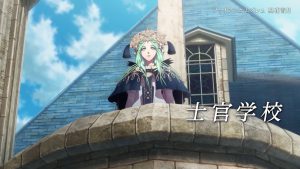 Next, it moves onto Garreg Mach Monastery, the base of the Church of Seiros, and the protagonist’s role as a newly inducted professor at the Officer’s Academy. As the protagonist steps foot in the monastery, he looks up and his eyes meet with Rhea, the Archbishop of the church. These are two scenes we’ve seen separately. 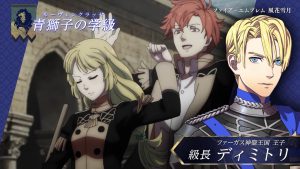 Naturally, the video then goes on to talk about the three houses. This time, when introducing the houses and their leaders, the footage in the background isn’t darkened out and more of it can be seen. Now we get to clearly see all 8 members of each house, including a pretty hilarious moment with Ingrid and Sylvain!

END_OF_DOCUMENT_TOKEN_TO_BE_REPLACED

Following yesterday’s dramatic E3 trailer for Three Houses, a few media outlets had a chance to try out a demo build of the game. Among them were Gamespot, who posted an insightful gameplay preview. 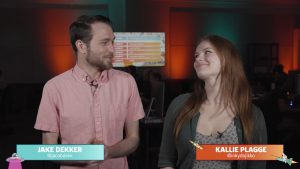 In this roughly 8 minute video, they showed off various gameplay snippets and talked about the game flow. As we now know, the game is divided into two parts: the “school phase” and the “war phase” 5 years later. Apparently the school phase lasts a full year or 12 months.

According to Gamespot, the weapon triangle is no more. Also, children do not make a re-appearance and romance has yet to be confirmed, but you can definitely build relationships, at least during the school phase. Finally, you can recruit students from other houses for the war phase, although we don’t know the exact limitations.

That’s about all the important new details, but there’s actually a lot more if you study the video in depth. Fans may be interested to know that the legendary heroes of Fódlan, previously translated as the 10 Greats, are the 10 Elites. Also, Byleth’s mystery crest is the Crest of Flames and his/her sword is the Sword of the Creator. 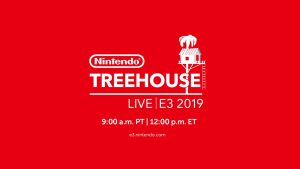 Also, as a reminder, Three Houses will be featured in today’s Treehouse Live segment (which can be viewed here). Apparently it’ll be the first game featured, which kind of makes up for its absence yesterday. Treehouse Live starts at 9 am PT/12 pm ET, so at the same time as the Nintendo Direct.

Otherwise, please keep reading for a full analysis of the Gamespot video!

END_OF_DOCUMENT_TOKEN_TO_BE_REPLACED

Interestingly, Three Houses was one of the games shown. That said, you probably know it releases on 26th July, which I’m fairly sure falls under Summer. Perhaps they’re slowly building up hype or was the advert produced while it was still a Spring release?

Sadly, despite being completely new footage, the footage itself is very short–no longer than 6 or 7 seconds in total. Also, everything is off-screen and blurry, so it’s extremely difficult to look at the details. That said, I tried my best… 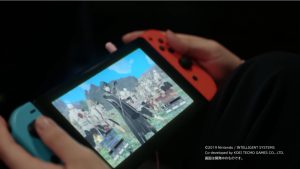 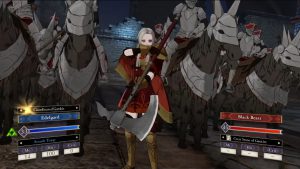 First up, we’re shown a glimpse of Byleth performing a coordinated gambit on what I think is a Thief (as in the affiliation, not the class). He orders his battalion to charge the enemy, similar to what Edelgard did in the second trailer. You can also see the same glowing effect above his name box.

In the background, you can hear Fódlan Winds (aka Fódlan’s Dawning Wind), which is a battle map song that appears in the second trailer–and was also recently showcased alongside the Japanese special edition. Most likely this is an early-game song.

Perhaps the most important thing: this is the first time we clearly hear (male) Byleth’s voice. Previously, we hadn’t heard Byleth speak in any dialogue scenes or (obviously) in battle. This led some fans to wonder if he/she is a silent protagonist.

END_OF_DOCUMENT_TOKEN_TO_BE_REPLACED

History of the Emblem is a growing YouTube channel that explains the stories and lore of the Fire Emblem games, among other topics. As it happens, our very own website is featured in their latest video!

The video, which is just under 6 minutes long, outlines the history of Serenes Forest all the way from its conception to the present day. Oh boy, seeing the older versions of the website really brings me back…

A big thanks to History of the Emblem for spending the time to gather and present all the relevant information. If you’d like to support them, please do give their channel a visit. From what I’ve seen, their videos are informative and pretty funny.

On a related note, our website reached its 14th anniversary last month. I am really grateful to everyone who visits this site–no matter how often–and to all my staff members for helping to keep the site running smoothly.

This year, on top of the all the regular Heroes and Cipher news coverage, Three Houses is going to be a huge focus for us. Both pre-release and post-release. If you’re interested, I hope you stick around for all the good times to come!

Below, you can find a write up of this website’s history that I provided to History of the Emblem, for their video.