Four new allies are leaping their way into Fire Emblem Heroes today! Try your luck on the Out of Gallia banner for a shot at Mordecai, Lethe, Ranulf, and Caineghis. You can check out our earlier article for their preview trailer and a look at their skills. 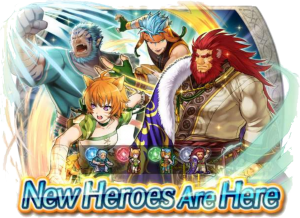 Additionally, you can see these heroes in action in the latest Main Story chapter, “Realm of the Dead“. Follow along with Alfonse and the Order of Heroes as they make their way deeper into Hel’s domain. Complete all three chapters and their associated Lunatic quests to earn 20 Orbs!

If you’d like to see even more of our newest heroes, you’re in luck; Forging Bonds: A Trust Earned also starts today!

Our four Gallian Laguz have formally decided to align themselves with the Order of Heroes. Play through maps and gather Friendship to earn Accessories, First Summon Tickets, and more! Don’t forget, you’ll also earn 2 Orbs the first time you complete a map for seven days of the event. 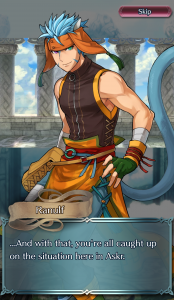 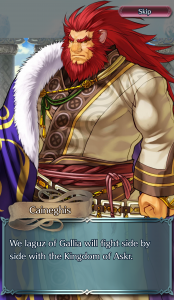 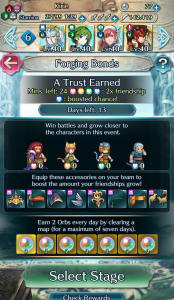 The Out of Gallia and banner and its associated Realm of the Dead quests will be around for some time, ending on 27 April. Forging Bonds will last its usual two weeks, ending on 24 April. Good luck summoning some new heroes for your teams! 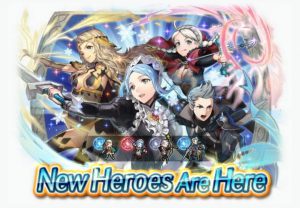 For more details about the featured Heroes, including their Skills, please refer to our previous article that covered the debut trailer.

Alongside these new Heroes are new story chapters and timed quests, plus a Log-in Bonus that awards 13 Orbs across 10 days.

Speaking of the story, the newly added Chapter 13: A Way Home marks the end of Book II. At the moment, nothing special is happening, but we have a few hints of what to expect… 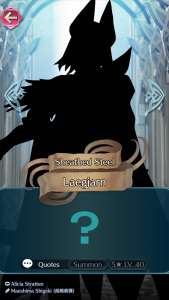 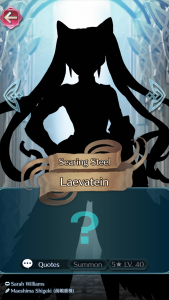 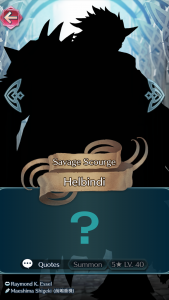 Eagle-eyed fans have noticed that three Muspell characters–Laegjarn, Laevatein and Helbindi have been added to the Catalog of Heroes following today’s update. So it seems we’ll be getting them sooner than later.

Looking at the event calendar, perhaps they’ll be available via the month-long summoning event starting from 21st September? Either way, the future of Heroes is going to be pretty interesting!

A new batch of Jugdrali heroes is arriving in Fire Emblem Heroes! Spend some Orbs on the Doorway to Destiny Banner for your shot at Quan, Silvia, and Lewyn. 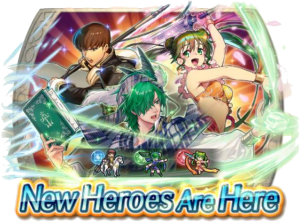 All three of these characters appear in the first generation of Genealogy of the Holy War. Each of them brings a new weapon to the table, in addition to some new skills. Check out the details in our earlier post. Ethlyn will also be coming to the game next week as a reward for the next Tempest Trials+ event.

You can see a preview of the new heroes as they appear in a new story chapter as well, Seeping Poison. This is a full story chapter with 5 maps, rewarding players up to 15 Orbs! You can also earn an additional five Orbs by completing the associated Lunatic quests.

If that’s not enough Orbs for you, beating this chapter also unlocks a new Chain Challenge for even more Orbs! We’ll also get 13 more Orbs over the next couple weeks with the latest Log-In Bonus. Furthermore, players can also take advantage of the new September Orb Promo, which gives 21 Orbs and 60 Refining Stones.

The Doorway to Destiny Banner and its associated quests will be available for about two weeks, ending on 21 September. Today’s events are the last officially scheduled events of the most recent Event Calendar. Hopefully this means we’ll be getting a new Calendar soon!

The second round of Voting Gauntlet: The Chosen Ones also starts today! Ike, Ephraim, Lyn, and Veronica each won their first round battles. Check out the next round’s bracket below: 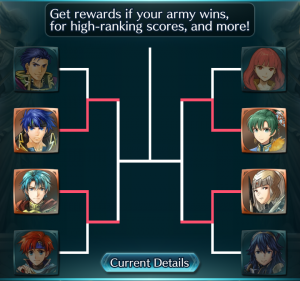 Finally, Heroes has acknowledged a minor display bug with Voting Gauntlet points that started with the new update. They will be fixing the issue in the next planned update.

Four new heroes have just arrived in Fire Emblem Heroes! Spend some orbs on the Ylissean Travelers Banner for your chance at summoning Flier Olivia, Sumia, Libra, or Maribelle. 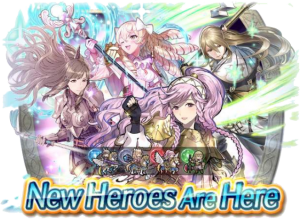 Feh just recently revealed these four heroes during the recent Summer Feh Channel. In addition to their new weapons, each of them also comes with a new skill, too! Check out the YouTube trailer below for more details. You can also scroll on down below for a text breakdown of their skills.

Releasing alongside the banner is also a new story chapter: Prince of Ice. The new chapter introduces Prince Hríd, Fjorm’s brother. Until now, we’ve only seen him mentioned in conversation. Complete all five chapters and the associated quests to earn up to 20 Orbs! We also get a new Log-In Bonus for a further 13 Orbs.

The Ylissean Travelers Banner will be available for about three weeks, ending on 10 August. Good luck adding some new units onto your team!