Fire Emblem Heroes’ Harvest Festival Celebration that was announced in the recent Feh Channel is finally upon us!

To kick it off, we’ve got the 2019 Halloween banner “A Monstrous Harvest” available now to summon from. 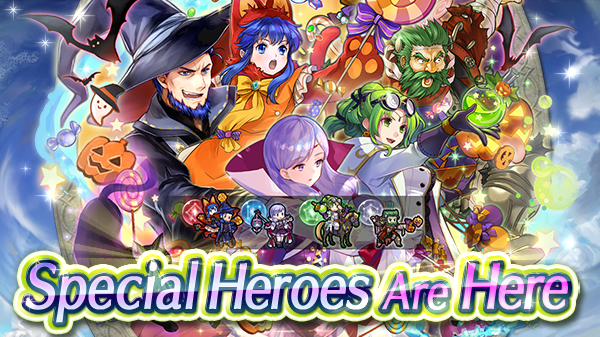 Hector (ft. Lilina), L’Arachel, Dozla and Ilyana are wearing the appropriate attire for the upcoming holiday. If you haven’t yet seen what skills they have available, you can go and watch their introduction video here.

Other things that are happening as part of the Harvest Festival Celebration can be viewed if you click on “Read more“.

END_OF_DOCUMENT_TOKEN_TO_BE_REPLACED

A new Mythic Hero is flying into Fire Emblem Heroes! Spend some Orbs on the latest Mythic Hero Summoning Banner for your chance at Naga: Dragon Divinity. You can take a look at our earlier article to peek at her skills. 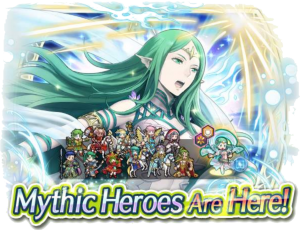 If you need a few more Orbs for this banner, Heroes has you covered. You can earn another 9 Orbs in Naga’s Mythic Hero Battle! Beat the Infernal level of all four battles to unlock Abyssal and a new Gold Maid Headpiece! Many other Legendary and Mythic Battles are back as well, if you still haven’t completed all of those. 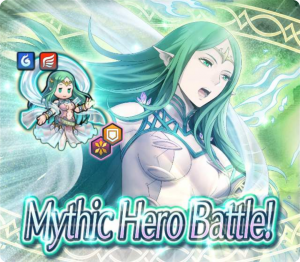 The Mythic Hero Summoning Event for Naga: Dragon Divinity will be around for a week, ending on 6 June.

Today, for one week, marks the arrival of the new Legendary Hero, Marth. This glorious dragon slayer brings with him friends, for the duration of his week-long banner. 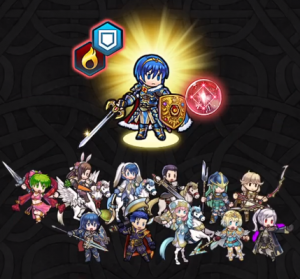 During this 8% summoning fest, the following Heroes can be summoned at 5 star rarity, in addition to Marth: 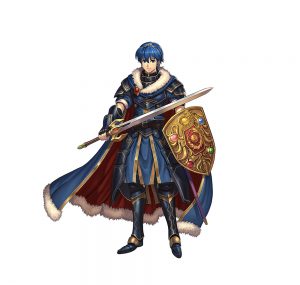 Alongside his Res boosting Fire affinity comes a powerful unit (full details on his base skill kit here), with an average statline of [40 HP | 34 Atk | 36 Spd | 32 Def | 21 Res]. Marth himself will be available again in December, along with Fjorm. 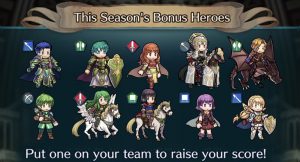 In addition, the bonus units for the Arena have been updated. This season’s bonus units include the Choose Your Legends 2 Heroes (Hector, Ephraim, Celica and Veronica), Grand Hero Battle Narcian, Askrian Sharena, and summonable Gordin, Palla, Lute and Olwen).

What’s new this time around is the new Abyssal difficulty, unlocked after completing the Infernal difficulty version of the map. Abyssal, when completed, will reward Summoners with Golden versions of some popular accessories.

If you missed the Legendary Hero trailer, check it out here.

Feh first mentioned the event herself during the July Feh Channel. To start off with, every day from now through 16 August will feature a special Daily Summoning Event. Each of these banners is a rerun of skill-based banner from the previous year.

Today’s banner is Heroes with Weapons to Refine, Part 2, containing 5★ focus units for Eldigan, Minerva, and Jaffar. Scroll down below for the full list of banners and when they’ll appear. We’ll also pin and update this post with each new banner over the next weeks to help make sure no one misses a banner they’re interested in! 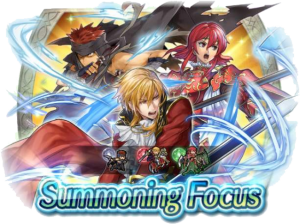 Additionally, we’ll also get some new Orb sources so you can summon on these banners! Starting today is the first of two special Log-In Bonuses. Each day, we’ll get a bonus 2 Orbs! The second Log-In Bonus will start on August 16th.

Furthermore, we also get to start a new series of Daily Reward Maps today as well! Each map contains a Normal and a Hard version, and you can earn one Orb for completing each. We’ll get another new map every day through 11 August.

If that’s not enough yet, this event also contains Feh’s Summer Celebration Quests! Defeat enemies with specific types of heroes to earn another 20 Orbs! Check out further details of the quests down below. Do note that these are tiered quests, so you’ll have to complete the Normal difficulty quests before moving onto Hard, and eventually Lunatic.

Finally, we also get Double EXP and SP every day from now through 16 August. The last part of the celebration will also be starting up in a couple weeks, a special edition of Tempest Trials+ that will start up on 14 August. This event will contain special TT-exclusive heroes as rewards! Stay tuned for further details.